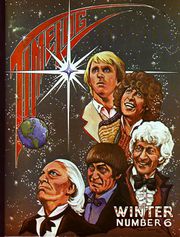 Tom Baker played the fourth Doctor from 1974 to 1981. The Fourth Doctor was the incarnation with The Scarf (which led to much fannish knitting). He probably inspired the quote "You never forget your first Doctor."[citation needed] 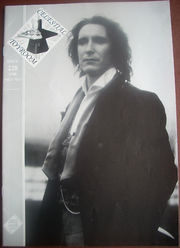 "But it’s not all doom, gloom, and approaching storm around Ten’s TARDIS. Far from it. Sure, he’s a little emo –- people just keep dying around him/leaving him! It’s enough to give a Time Lord a complex! – but regardless, Ten is clearly having one hell of a riotous good time. Whether it’s facing down volcanic aliens with a water pistol, smelling the applegrass of New Earth, opening the TARDIS with a fingersnap, or matching words with Will Shakespeare, this Doctor is appreciating every second." (Tenth Doctor Idol Reflection essay)[3]

The manic Doctor. Also, according to some, "Emo kid."[4] Skinny, wild hair, often wears a close-cut brown suit (or a blue one), and almost always Converse-type sneakers. 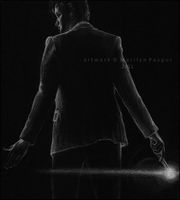 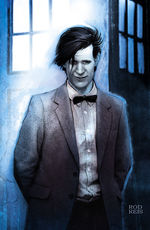 Finally, after saving the world in a dead man's clothes, he presented himself, properly, as the Eleventh Doctor, in all his slightly hipster, flopsy haired, long limbed, silly, young, old goofiness. // And you know what? // I LOVED HIM.[5]

Popular ships for the Eleventh Doctor include all his companions in various permutations, though Doctor/River is by far the most popular on the AO3.[6] A Teaspoon and an Open Mind has only character categories and nothing to mark pairings, so gen and het fanfic featuring the Doctor and Amy appear to be the most popular.[7] Fanfiction.net did not add a pairing feature until 2013, so pairing numbers are very low and not necessarily representative; Doctor-and-River stories barely beat out Doctor-and-Amy stories for first place, but as a pairing, Doctor/Clara wins.[8]

Peter Capaldi plays the Twelfth Doctor, starting as a cameo in the episode "The Day of the Doctor" on the 14th of November 2013. His main companion is Clara Oswald, who was hesitant to continue to travel with him when he first regenerated. He later traveled with Bill Potts and Nardole

Generally accepted as the "angry doctor" or the "rebel time lord". Most commonly paired with Clara Oswald, River Song and Missy. Known for the "sneezing regeneration" in which the Eleventh Doctor very quickly snapped into the Twelfth Doctor. 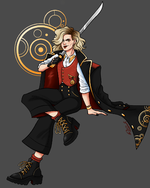