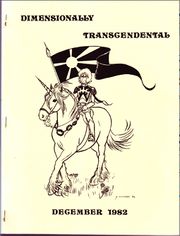 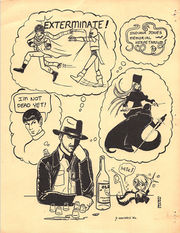 back cover by Colleen Winters

From the editor's page, "Welcome to what has to be the strangest zine I've ever published. It wasn't planned that way, but this seems to have turned into a crossed-universe zine."

There were 100 copies printed.