Lim is a fan artist, vidder, writer, podfic producer, musician, webpage and software designer. She was the founder of metafandom, though she resigned as a mod in May, 2007 to work on the Archive of Our Own after designing an autoposting set up for the community. Until November 2011, she did most of the front-end coding on the Archive of Our Own, though she resigned in the wake of negative response to a code deploy. Lim came to fandom through Buffy in 2004, and joined SGA fandom in May, 2006, though she is multifannish.

This Is How It Works: lim's breakthrough work was the July 2006 Stargate Atlantis vid "This Is How It Works", which was based on Synecdochic's SGA story Freedom's Just Another Word For Nothing Left To Lose. The vid was unusual in many ways (for being based on a story; for its highly worked visual style; for its effects,which include interpolated text as well as a percussive ongoing animation of pulsing numbers) and was very popular, often recced alongside "Freedom". Fans enthusiastically pimped it and offered to host it for download, as lim did not at that time have a site. [1]

Mission Report: This August 2006 vid was made for the sga_flashfic "Mission Report" challenge, which it responds to by having Teyla give a mission report in the collaborative, oral form of a song sung in the round; moreover, the song itself, which lim wrote, performed, sang, and recorded, is also subtly critical of the SGA team's militaristic attitudes: e.g. the chorus: "Oh, ho, how can we go?/How can we travel with our cloak of woe?/How can we meddle in these hungry lives?/Bellies so full and our clear blue skies". [2]

Wallpaper: October 2006. A rare vid about the minor characters of SGA, made for sgart_exchange '06. The title is a pun, as these characters are wallpaper in the sense that they are ignored, but the vid also visually evokes fannish wallpaper, i.e. the artistic desktop backgrounds made by fans.[3]

Us: Us[4] was released in March 2007 [5] to great acclaim and some controversy. It continues to be lim's most popular vid, widely discussed both within and beyond fandom.

My Brilliant Idea (link), SGA, May 2007. The "Irish girl song" vid, a fun McShep vid praised for its editing.

In Exchange For Your Tomorrows: This Harry Potter vid is a character study of Severus Snape that uses footage from the first five movies to recreate Snape's memories. Among the notable effects are lim's recreation of the Marauder's Map and the Daily Prophet.

Sandman (link)- an SGA vid made comic-book style. Notable for its visual style and use of internal motion; the camera swooping over, around, and through the single page comic.

Sequence is a Firefly/Serenity vid that attempts to restore focus to the character of River by drawing on surrealistic imagery from both Firefly and Serenity movie. March 2010.

Dry (link) is a Sherlock vid focusing on the way John Watson begins to heal from the war through love for his bewildering and difficult flatmate Sherlock. (Another, darker interpretation is that John is substituting a metaphorical crutch of dependence on Sherlock for his literal one.) The vid uses relatively minimal effects (although watch for the way she lights up the reflections in the cab window with color at 0:40) but brilliantly catches the dreamy mood of Sherlock's nighttime London. August 2010.

Podfic, Written by the Victors: lim produced what may be the most complicated podfic ever recorded: that of Speranza's Written by the Victors. This podfic is almost five and a half hours long and integrates contributions by 36 separate speakers from several countries. Lim did the (highly complicated) editing, sound engineering, and produced the soundtrack/incidental music.[6]

Fan Website Kit (now offline, a copy is archived here): lim designed and coded a clean, customizable set of templates for fannish websites, which she hosts at her site, free to anyone who wants them; many fans have built websites from this kit.

Marvel, a pan-MCU vid that is a celebration of the female gaze: a kind of celebratory dance off of the various Avengers characters. Note that Marvel is here a verb. :D (2014) 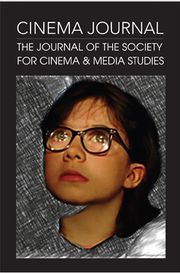