From Fanlore
(Redirected from Soulmate)
Jump to navigation Jump to search

This article is about the Soulmates trope. For Soulbond, see Soulbond (trope). For other uses, see Soulmate (disambiguation). 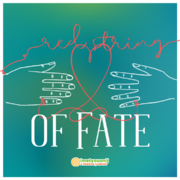 The red string, usually found in anime and manga, originating from Chinese mythology, in the well-known legend yīnyuán hóngxiàn or the Red String of Fate. Frequently found in Japanese works, where it's referred to as akai ito or unmei no akai ito, the concept is that two people who are destined to be together are attached at the ankles by an invisible red string by the gods. 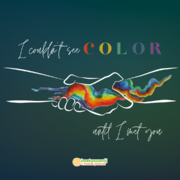 A February 2017 tumblr post in the Check Please fandom instigated this subtrope: "soulmate au where one person finds a goose who leads them to the other person. the difficulty comes in not being mauled by a goose"[11][12] The earliest fanwork in the AO3 tag is OMG, Goose Please! by Boxstorm (2017-02-22). "OMG, Goose Please!" seems to have originated the popular AO3 tags Alternate Universe - The Soulmate Goose of Enforcement and Goose-typical violence. As of September 2022, approximately 315 works on the AO3 feature a soulmate goose.

The Soulmate Goose AU soon spread to many other fandoms, including Marvel, Star Trek, and Yuri on Ice. At least two fics in The Old Guard fandom featured the Soulmate Goose (the first, Announcing Your Place in the World of Things by marivan, was posted in February 2021).

An anthology of podfics featuring the trope was born out of the Voiceteam 2022 challenge to use a similar sound effect (in this case, a goose honk). It featured 11 podfics spanning 18 fandoms, including Our Flag Means Death, The Lord of the Rings, Nirvana in Fire, Voltron, Schitt's Creek and Star Wars.

This allows creators to explore themes such as marginalisation, asexuality, aromanticism, polyamory, diversity and choice/free will vs fate/predestination.[13]

The concept of a soulmate pair can also be subverted by individuals having more than one soulmate.[note 3] This can be explored as a soulmate having more than one romantic partner, or as having a single romantic partner and another platonic or otherwise. Recently a little trope spread on Tumblr and AO3 about you having a soulmate tag for every person you've loved throughout your life, never really knowing if that tag is your soulmate's definitive or if it's from his latest summer novel.[citation needed]

Others take the logical implications of this trope and apply them to non-romantic genres, such as horror, on the other hand who thinks that those who see the horror in the soulmate are somehow mistaken:

[guuj]
Thinking about how utterly nightmarish soulmate AUs are. There is a physical mark carved into your person as a constant reminder that on your own, you are not whole. In our world, the human body is a complete and individual thing, but in soulmate AUs, you are forcibly tied to someone and a timer counting down to when you will meet is embedded in your skin and you cannot get it out. You can try desperately to stay alone or love someone who is not your soulmate, but the clock will not stop ticking and fate will not change. The most momentous occasion in your life is meeting someone else, an occasion burned into your skin. This is a horror story.[14]

[dancinbutterfly]
“People are whole” oh my god no they arent…you wanna know what people are? People are SELF CONTAINED. People are existing inside their individual themselves and cannot get out. People are brains - bound, locked inside a prison made of calcium and carbon.

[...] if you are weirdly assuming that a soulmate is someone who couldnt be your fucking lab partner or someone who will help you travel where you need to go to see that thing you’ve already seen or unlock that piece of yourself you want to get to. This idea that a soul is something romantic and that whole is anything more than complete is bizarre to me. Whole, as a person, literally just means in fullness.

Also why the fuck would you think that meeting someone who is your soulmate would be the moment that is the most important event and and not the moment things BEGIN? Did your life fucking END when you graduated high school? Or did it begin? God knows I feel like my life has really started beginning since I figured out what my career is and I graduated college, which was the last big CEREMONY I had, not ended. The only ceremony that marks the END of a life is a funeral.

But do not think, for one moment, that this is not a reflection of something we can see, a statement of how connection to people feels like an ending and that people are a problem. Because as this statement stands it says that for you? Hell is other people. And like, if that’s the case? maybe the problem is you, and you are other people’s hell. and you should stay the fuck away from people until you can process that horror and come out the other side realizing that not all connections cause endings.[15]