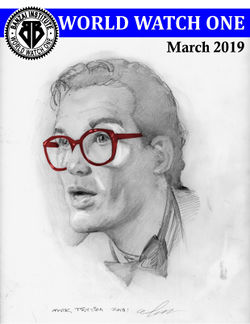 Buckaroo Banzai is the name of the main character of the 1984 science fiction movie The Adventures of Buckaroo Banzai Across the 8th Dimension, and is what the fandom is generally called (rather than the lengthy full title).

The film combines and crosses genres (including science fiction, action/adventure, and comedy) in a way that was probably somewhat ahead of its time. It is fast-paced and crammed full of story details that require at least a second or third viewing in order to grasp what's going on. It didn't do well at the box office when first released, probably at least partly for these reasons, but over time has gained a small but very loyal cult following.

The character Buckaroo Banzai is a gifted polymath (rather than a superhero) who has gathered around him a team who are likewise competent across multifarious fields. The ensemble is brought to endearing life by a range of attractive and gifted actors, many of them cast early in their careers, including popular character actors such as Clancy Brown, Jeff Goldblum and John Lithgow.

The novel, also written by Earl Mac Rauch, brings even more detail to the Banzai 'verse - it is a work in its own right, and not just a novelisation of the film.

Both the film and the novel work as slices of many bustling lives. In this way, while the original writing is high quality, the text remains open and therefore fan-friendly. There are unexplained moments in the film ("Why is there a watermelon there?" - "I'll tell you later.") and glimpses of past lives, other characters, other adventures, etc, in the novel - any of which can prompt as many fanworks as you can imagine. A number of memorable and enigmatic lines ("No matter where you go... there you are.") likewise provide hooks for the fannish imagination, as can be seen in the fanworks listed below.

Much of the Banzai-related fan activity dates back to pre-internet days, and it remains a rare fandom online. It has occasionally been requested and written for Yuletide, and there are a small number of fanworks on the Archive of Our Own.

There are three popular pairings, each with fewer than twenty fics: Perfect Tommy/New Jersey, Buckaroo/Rawhide, and Perfect Tommy/Rawhide. (The unassuming Rawhide would probably be surprised to find himself featured in two of the three main pairings.)

The character Buckaroo Banzai has a number of teams to draw on, with some overlap of membership. He is in charge of the Banzai Institute for Biomedical Engineering and Strategic Information, based in Holland Township, New Jersey, which is home to a number of residents - scholars and researchers, with a particular focus on the sciences. Buckaroo leads the rock 'n' roll band, Buckaroo Banzai and the Hong Kong Cavaliers. And beyond these inner circles are the Blue Blaze Irregulars - a global network of "ordinary" people who are not only fans of Buckaroo, but who are ready, willing and able to help him when called on.

Fans of the film naturally identified themselves with the Blue Blaze Irregulars, and the official fan club (or "activity-oriented mailing list") was named accordingly. While the main BBIs we meet in the film go by what we assume are their real names - father and son Casper and Scooter Lindley - it's notable that many of the Banzai Institute residents go by aliases. Buckaroo Banzai is, unexpectedly, the character's real name. However, we never know the "real" names of other significant characters such as Perfect Tommy, Reno Nevada, and Rawhide - and part of Dr. Sidney Zweibel's informal induction to the Institute involves him choosing the alias New Jersey. The novel introduces us to other team members with aliases, such as Pecos and Big Norse.

The film also featured aliens known as Lectroids. While interacting with Earthlings, these characters adopt names beginning with John - including Lord John Whorfin, John Bigbooté, John Emdall, John Yaya, John Smallberries, and so on. Some fans named themselves likewise - notably "John Nevermore" who produced the VOLTAGE! newsletter along with "John Howling Mouse" and "John Washnwear".

The Fandom Itself Becomes Canon

Beyond the fun of fans choosing a pseudonym that fits with the canon 'verse, however, there is still another layer of connection that insists on bringing the fictional Buckaroo Banzai and the Banzai Institute into our own real world. Interviews with the director W.D. Richter follow the conceit that Richter filmed a documentary or docudrama, rather than a fictional tale, with the props described as replicas of real objects to which Dr. Banzai has granted access, and so on. The novel is supposedly written by the character Reno (not Earl Mac Rauch). The comics seen in the film are available to buy in real life. And the official World Watch One newsletter includes Buckaroo, Reno and Mrs Johnson (all characters) on the Editorial Staff, as well as Richter, Rauch and Dan Lupovitz (all creatives).

World Watch One also began the BBI tradition of the "Bulletin Board" - a page or section in a newsletter which includes brief messages from the fictional characters, in the style of an analogue or digital bulletin board. These are mixed up with snippets of news or announcements from the real world relating to creatives, cast, crew and fans.

Fans were therefore made intrinsic to the Banzai 'verse right from the start - which is one of the things that might explain the fans' fierce loyalty.

The cast are gorgeous, the characters are... colourful and just a little bit OTT, and there's this whole '80s vibe going on. Who can resist making art?

A range of Banzai fanfiction was published in print-based fanzines during the early days of the fandom. Some of this has now been uploaded to AO3, and is joined by more recent fics. There has also been at least one Banzai-related entry to the Sci-Fi/Fantasy Big Bang challenge.

The fictional Banzai Institute and the worldwide adventures of the Hong Kong Cavaliers lend themselves to crossover and fusion fic, where the Banzai characters are involved in adventures in another 'verse - or vice versa.

The Banzai fandom created a number of print-based fanzines, and Banzai fic was welcomed into a number of multimedia anthology zines.

The nature of the film and novel, which encouraged fans to consider themselves Blue Blaze Irregulars, and which included so many hints of other adventures going on, led to a wide variety of print-based newsletters being circulated. In the pre-Internet days, these helped local fans meet up in person, and kept in touch with fans who were further afield.

The official newsletter, World Watch One, began with employees of the film's production company, 20th Century Fox, who were also Banzai fans and worked on the newsletter in their own time on Sunday afternoons. It has been handed on to other editors over time, kept alive partly by the on-again off-again hopes for a sequel film, TV series, official soundtrack, and so on - and partly by the generous input from director W.D. Richter and writer Earl Mac Rauch.