Doujinshi (同人誌) are self-published Japanese works in visual or textual form including manga and novels that are not created for or by the professional market; that is, they are produced by amateurs rather than as a profession or being paid. Many but not all doujinshi are fancomics, and sometimes the term is used as a synonym for "fancomic in a manga style".

Critiques and essays (including meta) by/for fans and hobbyists may also be published in a doujinshi.

If an English speaker wants to approximate how a Japanese speaker says the word,[1] doe-gin-she will produce something close enough. 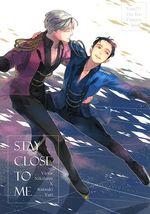 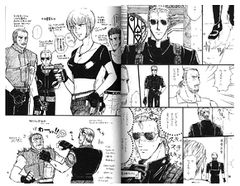 There are also doujinshi based on Western-originating source texts, particularly Harry Potter[2][3] which has a noticeably substantial amount of doujinshi. Others includes The Lord of the Rings, Star Wars, Pirates of the Caribbean, Supernatural, and more. RPF has a presence in Japanese doujinshi fandom as well, such as J2[4] and Lotrips.[5]

Doujinshi are usually self-published amateur publications intended for the entertainment of fans or groups rather than for financial gain. Some doujinshi creators will publish doujinshi as a way to hone their skills and get published professionally.