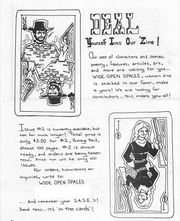 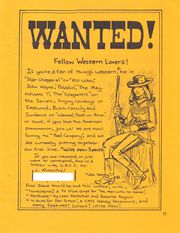 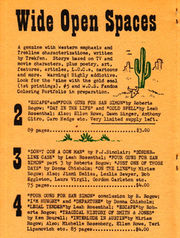 Wide Open Spaces is a gen fanzine featuring Westerns. It was one of, if not the first, media western fiction zines published.

From Datazine #2: "... a Western-Trek genzine. Art, poetry, stories, articles by leading fan talent. Trek-type characterizations in stories ... not just for the western fan."

Wide Open Spaces 1 was published in October 1978 and is 87 pages long.

The art is by Leah Rosenthal and Bob Eggleton.

The art is by Leah Rosenthal, Caroline R. Hedge, Dawn Singer, Roberta Rogow, and A. Grossman. 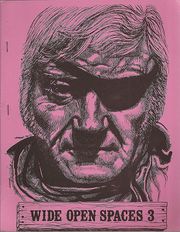 front cover of issue #3, artist not listed in Table of Contents 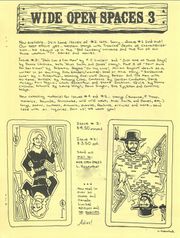 Wide Open Spaces 3 was published in Fall 1979 and contains 76 pages. Stories, articles and artwork based on Wanted, Dead or Alive, Alias Smith & Jones, The Man With No Name, Bad Company (Man with No Name based series) and more. 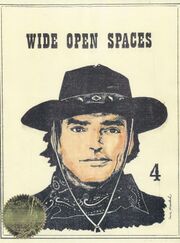 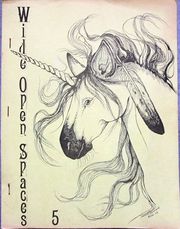 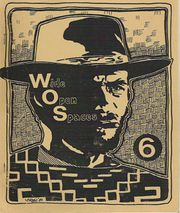 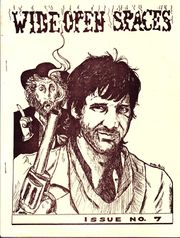 This is a nice mixture of stories, poetry, and features, all of which are well written and illustrated. In fact, the art in this zine is excellent. Only a few of the cartoons are an exception. My one complaint with WOP is the typos. I’ve yet to read a zine without typos, but I’m not talking about one or two. In one story, ‘Gunslinger’ (my favorite), they were bad enough tin interupt [sic] the flow of the story. I was extremely annoyed. To be fair enough, though, there aren’t quite as many per page as in that story. Clint Eastwood’s character, ‘No Name,’ is in two stories. One is a look at She-Wolf’s past Christmases; the other a cute mix up story involving the crown jewels of Carpathia, which at first, I thought, was going to take place in No Name’s bath. Bonanza has two stories also. The first is serious and deals with family ties, short and to the point. The second is Bonanza in the Twilight Zone, featuring Hoss, and it is funny and creepy at the same time. Bonanza has two articles about its timeline and the Cartwright’s ages, both entertaining and useful for anyone writing in this universe. Gunsmoke has a short on what it would take to make Matt and Kitty finally decide to get married. Kid Curry and Hannibal Heyes get their fantasy to be ordinary citizens for a day. Wild Wild West is represented by a short story which deals with Jim reflecting on his life while waiting to die. Then there are two meaty pieces you can sink your teeth into. One is the third segment of a three part story. I didn’t recognize the characters so I’m assuming they’re made up. I have only read part three, but just that much was enough to make me happy. ‘Guardian Angel’ was about a man who is hanged, doesn’t die, and is now immortal. How he deals with his new life and love makes for some very interesting reading. The second one is a story based on the short-lived Gunslinger series. This is my favorite. Although I have not seen the show, the characters were so well-drawn that the story flowed so smoothly as to feel real. All in all, this is a very good buy. [1] 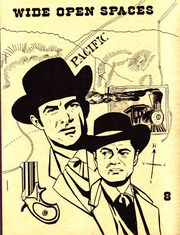 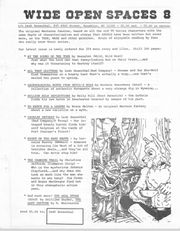 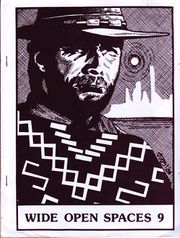 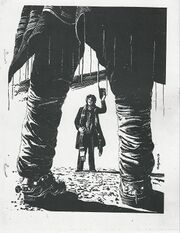 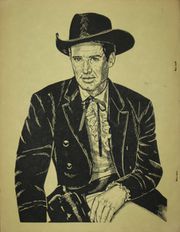 Wide Open Spaces 10 was published in May 1986, 100 pages long. It was edited by Leah Rosenthal and proofread by Linda Deneroff.

It was an issue focusing on SF/Horror/supernatural crossovers with Western TV universes. 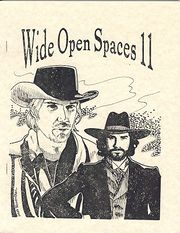 Wide Open Spaces 11 is 86 pages long. It was published in 1997, many years after the previous issue. The artwork is by Leah Rosenthal (Lonesome Dove), Kelly Taylor (ASJ) and Laura Virgil (ASJ).