You may be looking for The Celestial Toyroom.

In the beginning, it was published twice a year by the Kent Science Fiction & Fantasy Club out of Ohio, U.S.

Issue #11 was published "in conjunction with The National Museum of Science Fiction and Fantasy," and all proceeds from its sale are used solely to cover the cost and expenses of production. No individual and/or group benefit from its sale."

The CELESTIAL TOYBOX is the fanzine with something for everyone. Published twice a year, THE CELESTIAL TOYBOX features Science Fiction, Fantasy, and Horror stories from our members and contributors from around the country, along with original artwork, filksongs, poetry, and reviews. Each issue is centered around a general theme, but CT reflects a broad spectrum of subjects as well. Come join us in the dreaming.

In our continuing quest to become a truly multi-media zine, THE CELESTIAL TOYBOX welcomes any and all materials (stories, artwork, filksongs, poetry, etc.) from all the various fandoms out there in fandom. We are no longer limiting submissions to science fiction, fantasy, and comics. […] Any and all submissions are welcome (NO slash please). We like to have a good mix of everything.

Look for the multi-colored stamp in this issue. This stamp indicates that this is an original copy. If this colored stamp does not appear, then you have a pirated copy. Please let us know if you think this has occurred. To those thinking about doing this, remember: IF YOU PIRATE OUR ZINE, THERE WILL BE TROUBLE!!!!!!!

This statement was in reference to 1993 discussions following the Zine Piracy Letter to Candace Pulleine by Bill Hupe. 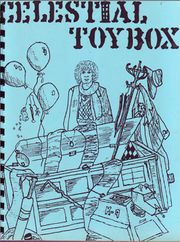 The Celestial Toybox 1 was published in 1987.

This issue was a Star Wars tribute. 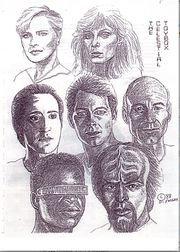 The Celestial Toybox 3 was published in 1988.

This issue was tribute to Star Trek. 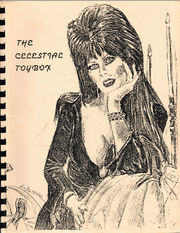 This issue was a Horror issue. 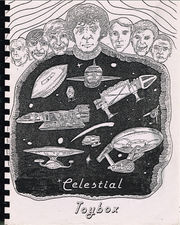 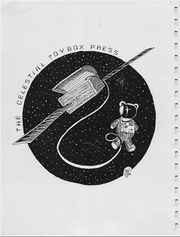 The Celestial Toybox 5 was published in 1989 and contains 277 pages.

This issue was a "Media Issue."

A mish-mash of many "universes" and original fiction too. A mini-graphic novel entitled "Stalker" too. Not just fiction either, there are reviews and essays like "Star Trek and Television's Moral Universe" by Ina Rae Hark. There is at least one Dr. Who story, and at least one poem and artwork from Beauty and the Beast. Artwork from Battlestar Galactica as well, though I see no story. There is a War of the Worlds story, and a Dark Shadows vampire story too. Both original Trek and the Next Generation, as well as Star Wars stories. And if that isn't enough to hold your interest, there are also crossword puzzles. And a parody of Trek called "For Tara is Hollow and I Have Gone with the Wind" which follows the adventures of Captain James T. Quirk, the Starship Entropy, Dr. Leonard "Stoned M'Boy", Mr. Spot, chief Engineer Shott, Helmsman Sonie, and Navigator Czechedov. 277 pages, packed with stuff. [1] 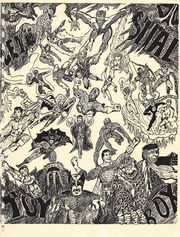 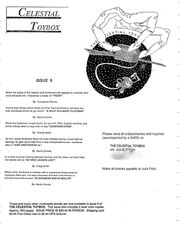 The Celestial Toybox 6 was published in 1990 and contains 350 pages. Front cover art is by Charlie Nash and back cover is by Art Delano.

The good news about CT is that it's a SF club zine and has lots of variety. This, as far as any single fandom is concerned, is also the bad news, because at $22.65 (1st class) it's quite a chunk of cash for 80 pages of WOW stories (the entire zine is approximately 350 pages). As with most club zines, CT reflects the members' varying interests, which range from WOW to TREK to Freddie Krueger to BATMAN, as well as club members' original comic characters. Some of the material was simply not to my taste -- though a 50-page portfolio of cartoon art might well fascinate someone who enjoys it. The level of writing, even in the WOW stories, is also typical of club zines; there seem to be a lot of beginners here. The art covers the spectrum from quite good to quite awful. Even without the restrospective of Wilkes-Barre, the infamous K-Mart yellow-shorts story would be funny --I hope Maria lets someone reprint it in a WOW zine -- and the self-corrected typo "awards" at the end are great... but I'd recommend borrowing CT before deciding whether you want to buy it. I hate to say that, because it is important that new writers have a place to start, but a comparison between this zine and BEBA ($19) shows a clear difference in WOW-per-dollar. While some zines have one story that it worth the price, there was no one outstanding piece of writing in CT. I think the club might do well to publish single-interest editions (all- WOW, all-TREK) rather than these gargantuan efforts. The WOW stuff could easily be published for under $10, and would reach a wider audience. [2] 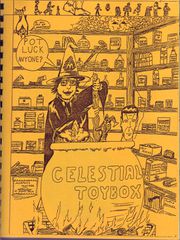 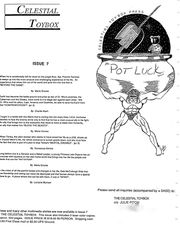 The Celestial Toybox 7 was published in 1991 and contains 218 pages. Includes: Captain America, Doctor Who, Multimedia, Star Wars, War of the Worlds, Animation & Comics.

This issue was the "Potluck Issue."

The Celestial Toybox 8 was published in 1992 and contains 333 pages. The zine also has about 10 pages of flyers at the back. 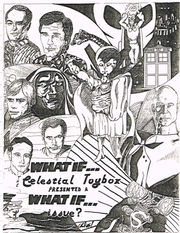 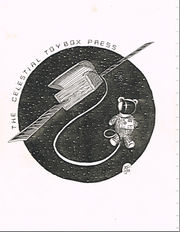 back cover of issue #8, Art Delano 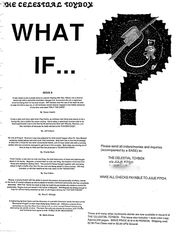 It is the "What If...?" issue and contains 340 pages. Includes: Magneto, Multimedia, Quantum Leap, War of the Worlds, Wizards and Warriors, X-Men, Animation & Comics.

The focus of this issue: "An Issue at the Movies." 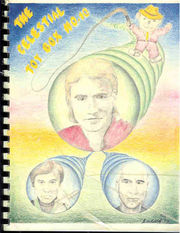 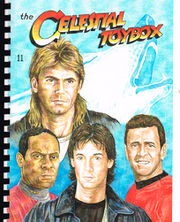 The interior art is by Cynthia Cubbison, Shane Hafely, Roland Napoli, Charlie Nash, Susan Nemeth, and Marla Reed. The inside back cover is by Susan Nemeth, Marla Reed, and Julie Fitch. 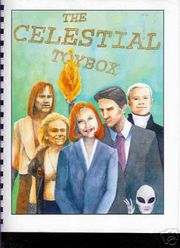 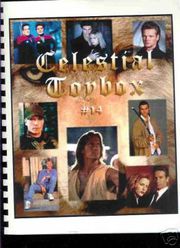 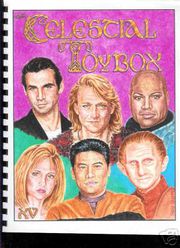 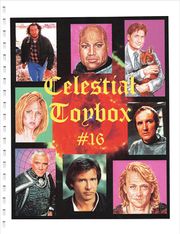 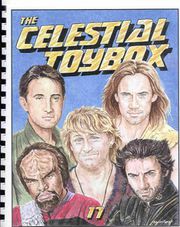 The Celestial Toybox 19 has a front cover by Tye Bourdony. 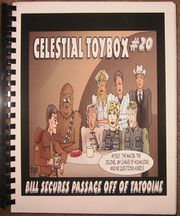