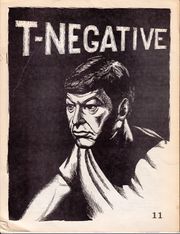 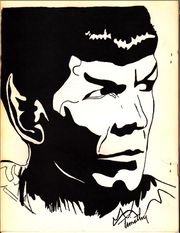 back cover of issue #11, Tim Courtney

[zine]: 46 pages. Sometimes-splotchy but legible repro: ditto (alias spirit duplicator, hectogranh — you know, that purple stuff) with offset covers. 50 cents (or 5 issues for $2) from Ruth Berman [address redacted]. The illos are put onto the ditto masters by an electronic process — and are both more numerous and of better artistic quality than those in previous issues. Contents include an in-depth study of star dates by Ruth, a story outline (13 pages) by Judy Burns (who wrote "Tholian Web'"), and a genuine Tim Courtney bacover. There are numerous other written items, all in the high-equality tradition of T-N. [3] 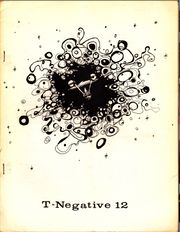 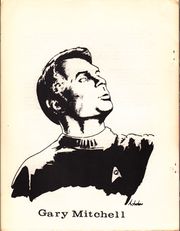 back cover of issue #12, Alan Andres

T-Negative 12 was published in October 1971 and is 50 pages long. The front cover is by Connie Faddis, the back cover by Alan Andres, and inside art by Rosalind Oberdieck, Connie Faddis, D.C. Roberts, Rae Ladore, Anthony Tollin, David Lomazoff, Greg Jein and Karen Flanery. 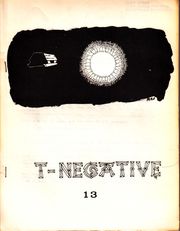 front cover of issue #13, an illo from "Sentience Is Where You Find It," art by Rosalind Oberdieck 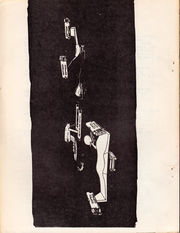 back cover of issue #13, Greg Jein

T-Negative 14 was published in March 1972 and is 54 pages long. It includes small bits of art, but no full-page pieces. 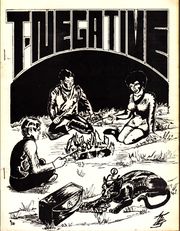 front cover of issue #14, Lois Spooner and Anthony Tollin, "Picnic." It is a super camping illo. 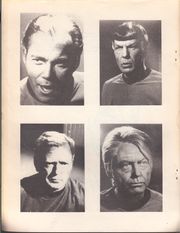 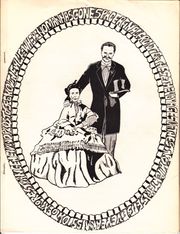 front cover of issue #15, "The Wedding Portrait" by Anthony Tollin. "Stella stood before the preacher,
Underneath the starry sky.
Harcourt stood where he could reach her,
But he had a roving eye.
Stella sat down for their portrait,
Knowing she had picked a dud.
Ah, she sensed it was a sore fate
When they said, 'Your name is Mudd." Poem by Ruth Berman. 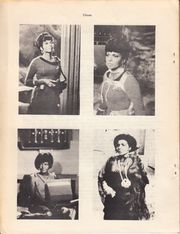 an example of the way Kraith stories by other authors were to be numbered, Lichtenberg explains in a letter, see issue #13 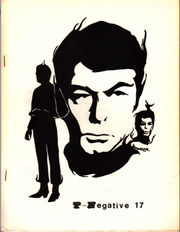 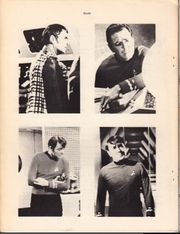 T-Negative 17 is 56 pages long and was published in August 1972. It has very sparse, small art by Roslaind Oberdieck, Rae Ladore, Carolyn Sue Hillard. 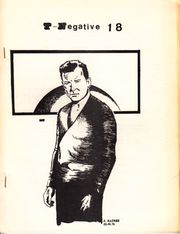 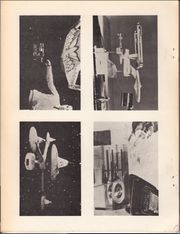 See reactions and reviews for The Face on the Barroom Floor.

T-Negative 19 is 22 pages long and was published in Feb 1973. The front cover is by George Barr. Other art by Connie Faddis, Rae Ladore, Roz Oberdieck, Anthony Tollin, and Greg Jein. 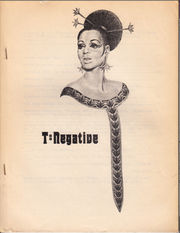 front cover of issue #19 by George Barr. This art was also the cover of The Star Trek Songbook 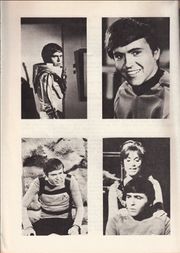 [Not This Time]: The injured Velvet Lady (alien)'s gizmo sends Enterprise to the 1970's; landing party must repair it to get home, aided by a little girl. [13] 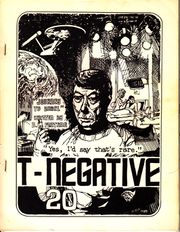 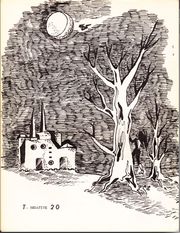 back cover of issue #20, Carolyn Hillard

T-Negative 20 is 50 pages long and was published in May 1973. The front cover is by Cory Correll, the back by Carolyn Hillard. Other art by Douglas Herring, Jackie Franke, Ricky Pearson, Connie Faddis, and Janice.