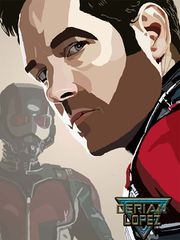 Scott Lang is the alter ego of Ant-Man, a superhero in the Marvel Universe who appears in the comic books and the MCU. Scott is the second character to assume the title of Ant-Man. His predecessor is Hank Pym, who is also the father of Scott's love interest Hope van Dyne.