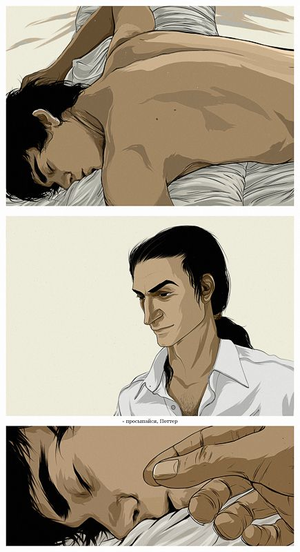 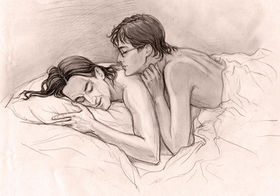 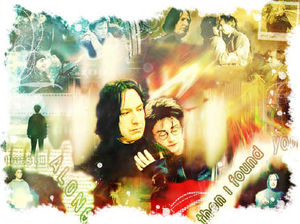 The first Harry/Snape fic posted was called Midnight Confessions by Majolique. It was posted October 23, 2000 to the HPSlash mailing list.[3][4]

The beginning of the popularity of the Harry Potter/Severus Snape pairing is often credited to Telanu. In 2001, Telanu posted the first installment of the Tea Series, A Most Disquieting Tea. In November that same year, around the time the first movie was released, Luthien posted Aftermath. Other influential works that year included McKay's Too Wise to Woo Peacefully, and Sushi's Civil War 'verse.[3] All of these early stories were considered major works at the time. But while Telanu's Tea series was certainly one of the more influential of early Snarry stories written, no one story creates a pairing. In fact, without a growing body of work to draw fans in, no pairing will move from rare to major as Snarry has.

The movie, too, attracted an influx of fans and fan writers to the ship. According to Luthien, an early Snarry fan, Snarry was still considered a rare pair during the first round of the Severus Snape Fuh-Q-Fest, Archived version that she and tboy ran in early 2002. But in the second round, later in 2002, Snarry had grown considerably and more stories were submitted for the pairing.[5] In the fall of 2002, 59 stories were written for the first round of the From Dusk until Dawn (backup link) Snape/Harry Fuh-Q-Fest. Several significant stories were also published during that year, including the beginning of the extremely popular WIP, Mirror of Maybe by Midnight Blue. 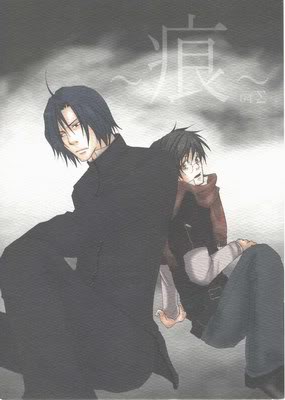