From Fanlore
(Redirected from Webcomics)
Jump to: navigation, search

Many webcomics are hosted on their own domains, and this was especially true before the rise of social media. The blogging software Wordpress has a range of themes and plug-ins for turning a blog into a webcomic, such as page browsing, skip to first or last page, and so on.

Some platforms exist specifically to offer hosting services for webcomics. SmackJeeves is one of the oldest, well-known webcomic hosting sites, home to many yaoi and video game comics. LINE Webtoon, although more popular in Asia, has been steadily gaining ground in English-speaking countries as well.

Webcomics are somewhat unique in that it is a medium where the creators often interact with the fans to a much larger degree than is often seen in traditional comics publishing. This is often done through comments on individual comic pages, social media, or even an official ask blog; Twitch streams are becoming increasingly popular as well, where the artist might draw upcoming pages or unrelated sketches live. Even less well-known webcomics often have a small but dedicated group of fans, some of whom may have been following the author's work for a long time or know them personally. As well, many webcomic authors are themselves fans, producing fanart and contributing to zines. 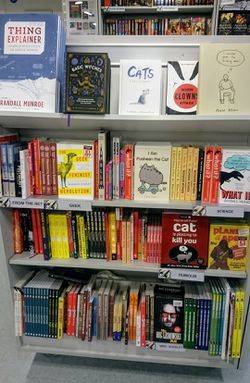