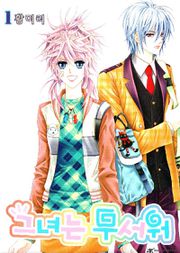 Manhwa refers to comics created in South Korea. Manhwa are often compared to Japanese manga, and are frequently folded into the manga category on sites such as AO3, and OneManga. Fanfiction.net provides manwha with it's own category in the "misc." section: Manhwa/Korean Comics/만화.

Some people view manhwa as an inferior version of manga, [1] although manhwa has a long tradition of its own and is not an off-shoot of manga.

Judging by this quote, I wouldn't be surprised if the poster believed that manhwa came about in Korea because Koreans read Japanese manga and decided to come up with their own version. The Wikipedia article on manhwa reinforces this ignorant assumption by defining manhwa in the ways it differs from manga, as if one was a subgenre of the other, though otherwise it links to very good resources and even includes an image to a woodcut manhwa from 1908. Let me just note that this first one-panel manhwa was published in a newspaper of a patriotic organization formed in resistance to the Japanese occupation (Korean Wikipedia article on 대한민보). The newspaper was dissolved a year later, after Japan officially annexed Korea. Yes, the manhwa tradition in Korea actually began in opposition to Japanese colonization; I hope the irony does not escape you. [2] 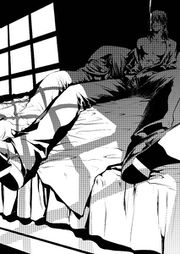 The Breaker, a manhwa by Park Jin-Hwan

Some manhwa are adapted for TV. English-language fandom refers to such programs as K-dramas. Goong is one popular example.

South Korea is a highly wired nation, and Korean manhwa-ga are taking advantage of this by publishing online:

In Korean, webcomics are called “webtoons” (a portmanteau of “web” and “cartoons”) and are available for free viewing on major portal sites, who pay the manhwa-ga to update once or twice a week until the storyline reaches completion. Some are professional manhwa-ga who have already made their name in the industry, such as Huh Young-man, who published his latest series, Kkol, online.

Others are unknowns with separate day jobs who create manhwa in their spare time. For example, Shin Eui-cheol’s popular webcomic, Schoolholic was based on his daily experiences as a teacher. [3]

Many of the most popular manhwa being currently published are webtoons. [4]

Some manhwa titles being published and/or scanlated in English include: