Star-Borne was a newsletter published by S.T.A.R., the Star Trek Association for Revival. The first issue was published in May 1972 with a relatively modest circulation of 2000 copies, however that number increased ten-fold as the popularity of Star Trek increased. Subscription to the newsletter constituted membership in STAR.

The newsletter was originally intended to be published monthly, but then switched to every 6 weeks. The last issue was published in 1974.

In its pages, the newsletter published formal guidelines for writing letters to Paramount to urge that Star Trek be put back on the air. The letter campaign was STAR's reason for being, and STAR spread the word successfully.

A fan wrote to another fan in November 1975 and said: "You asked what happened to S.T.A.R. Central. It is defunct and decentralizing. Not to cheat everybody out of his money, though, they're going to try and print up a small 'zine to send to everyone in lieu of STARBORNE." [1]}} 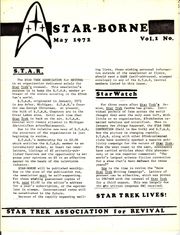 Star-Borne 1 was published in May 1972 and contains 3 pages.

Star-Borne 2 was published in June/July 1972 and contains 5 pages. 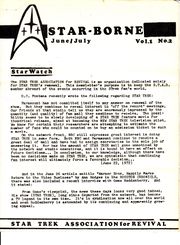 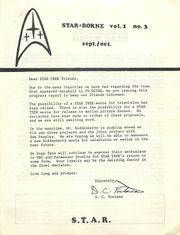 Star-Borne 3 was published in September/October 1972 and has 12 letter-sized pages. 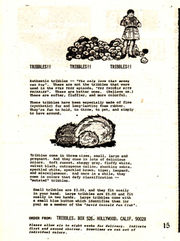 ad for tribbles for sale 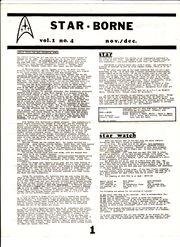 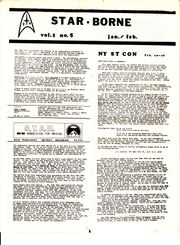 Star-Borne 5 was published in Jan/Feb 1973 and contains four pages. 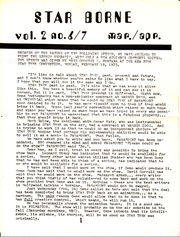 Star-Borne 6/7 was published in March/April 1973 and contains about 20 pages. 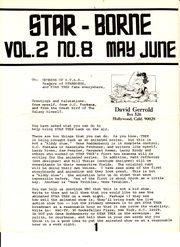 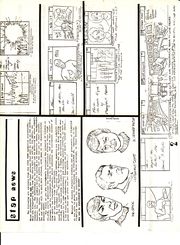 from issue #9, storyboards for the animated show 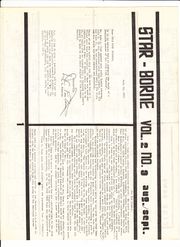 Star-Borne 9 was published in July/August 1973 and contains five pages. 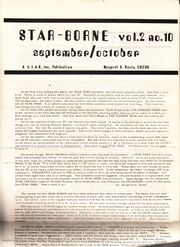 Star-Borne 10 was published in September/October 1973 and contains 4 pages (legal-sized). 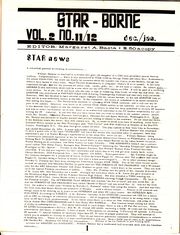 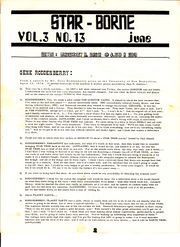 There has been mentioned in STAR-BORNE, in almost every issue, the letter writing campaign to help bring back ‘live’ STAR TREK and to help keep the animated STAR TREK on the air too. What should you do when you write your letters? Follow the information given here.

How often should you write? Would it be difficult for anyone to write one letter a week to PARAMOUNT and NBC? First, WRITE PARAMOUNT. Tell them that you want STAR TREK to return as a live television show or movie. Then get your friends, cousins, fellow workers, school mates, etc., to write too. The more letters the better. Let us keep burying PARAMOUNT in an avalanche of letters.

Write to your local television station that might be broadcasting the syndicated rerun STAR TREK. This can be instrumental in keeping the reruns in your area. There is nothing wrong in calling the station manager too and telling him/her what you think of STAR TREK. Every call or letter counts.

Follow the letter writing rules. If you have trouble composing a general business letter, write a general form letter and use it as the model for the letters that you will write. But most of all - WRITE!

The following are the guides for writing letters:

DO NOT write STAR TREK, “I LOVE LEONARD NIMOY” etc. on the outside of the envelope. This is automatically forwarded to Gene Roddenberry by NBC or Paramount.

DO NOT send in petitions. They are virtually worthless. One letter is worth more than 100 signatures.

DO NOT send in “Form” letters of any kind including carbon or ditto. These are too readily identified.

DO NOT write ‘cute’ letters. This is a BUSINESS LETTER! Use proper English and letter form if possible. Also, anonymous letters present a very bad image as to the caliber of the ST fan.

DO type or write neat intelligent letters with a firm voicing of opinion.

DO use letter-headed stationery only IF IT IS REPRESENTATIVE OF YOU personally. It is ideal for pointing out the kind of responsible person that the STAR TREK fan is.

WRITE NOW! It is also recommended that you keep carbons of all correspondence with both PARAMOUNT and NBC, and that you also keep records of all replies (if any) that you receive from NBC or PARAMOUNT.

S.T.A.R. CENTRAL encourages all of our readers to write now. The above rules may be reprinted freely by any ST fan or club in order that more of STAR TREK’s fans will find out about the campaign."