One Trek Mind is the newsletter published by the Boston Chapter of S.T.A.R., the Star Trek Association for Revival. It contains fan fiction, articles, and cartoons. 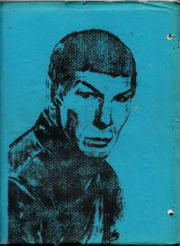 back cover of issue #1, Bunny Foilb 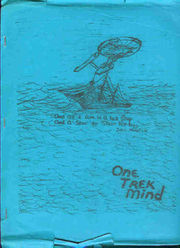 One Trek Mind 1 was published in January 1974 and contains 64 (unnumbered) pages. The front cover and most illustrations are by Anne Marie Kitz. The back cover is by Bunny Foilb. Cartoons are by Cameron Garthe, Cady Goldfield, and Bob Leibman.

One Trek Mind 2 was published in Autumn 1975 and contains 52 pages. 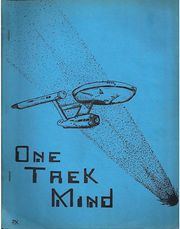 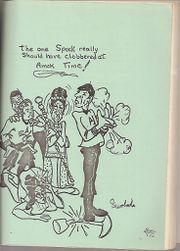 Despite a poor printing job, ONE TREK MIND is an enjoyable zine with lots of short- short stories, poetry and cartoons. The artwork is nominal but all right. The one long story, "Gift of Grief" by Elaine Pizzo, was fairly interesting, and although it made some attempts to confuse you, the ending was predictable. Due to the brevity of the stories, OTM can be read quickly and with much pleasure. [1] 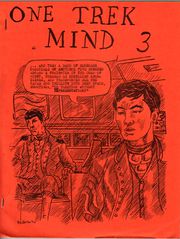 One Trek Mind 3 is undated, but was published in 1975, and contains 51 pages. The cover of this issue shows Spock and Sulu, both in Revolutionary War dress, on the bridge of the Enterprise. The art is by Debbie Collin (cover), Richard Ciccarelli, Connie Faddis, Cameron Garthe, Cady Goldfield, Ed Laprade, and Ann Marie Kitz.

One Trek Mind 4 was published in December 1975 and contains 90 pages. 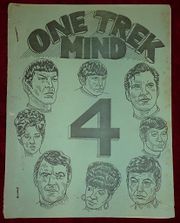 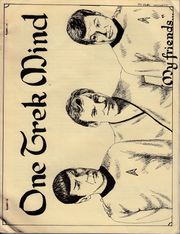