Some Facts About the 1990 Convention 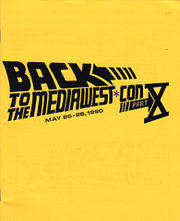 front cover of the 1990 program book 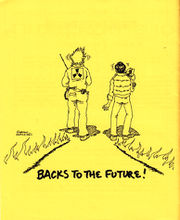 back cover of the 1990 program book 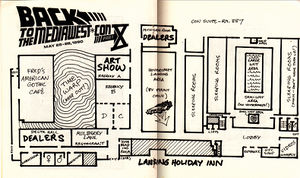 Summerfest was a Beauty and the Beast gathering open to all attendees. There were refreshments and a "candle ceremony." Fans were encouraged to bring their scrapbooks, costumes, and handicrafts to show and share.

At MediaWest*Con X, two dozen Hall Costume awards were available, of which 22 were awarded.

The MediaWest*Con X Masquerade winners were:

We are looking for any info about the Art Show contest. The progress report in 1991 states that the concom lost the list of the winners.

The Winners (as listed in the Media*West 1991 progress report):