From Fanlore
(Redirected from VOY)
Jump to navigation Jump to search 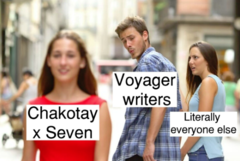 Distracted Boyfriend Meme illustrating how a large portion of fans felt about the Endgame pairing, with over 2000 notes on Tumblr as of October 2018 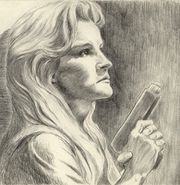