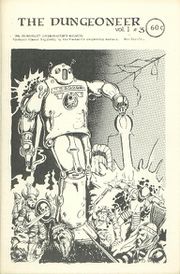 Cover of The Dungeoneer v.1, no.3; generic "ray gun" robot

Robots are a popular science fiction trope. Many fandoms have canonical robots, such as Data on TNG and several characters in the Terminator franchise. A typical plot is for the robot character to desire to be more human.

In some fandoms, AUs casting a canonically human character as a robot are fairly popular.

A sex-bot is a robot designed to be a sex slave. Sex-bots may be even more popular in media than in fanworks, appearing in everything from Austen Powers and AI: Artificial Intelligence to Buffy the Vampire Slayer.

As a sexual kink robot fic can be fantasies about sex-bots, but also related to the Fucking Machine kink or to the alien kink, depending on how the robot is designed (see also mechanical tentacles). However, the anatomy of a robot is usually designed like a human's. On the mental side there can be overlap with a mind control kink.

The word robot was invented in 1920 by Karel Čapek for a Czech science fiction play, R.U.R.; the subtitle, "Rossum's Universal Robots", was in English. 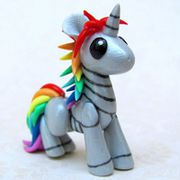 Cover of Guardian Altercode by Weekend; Dean Winchester is a robot

This trope is especially popular in SGA fanfic:

The cyberpunk article also has several examples of fanworks in which characters are or are becoming robots, cyborgs, or androids.

Some Robot tropes broken down at the TV Tropes wiki: