You may be looking for the Australian newsletter Data or the zine Datazine.

Data was created by Mad Scientist, Dr. Noonien Soong, and has an Evil Twin, Lore. His studies of human culture have left him adept at poker, tap dancing, playing the violin, delivering Shakespearean monologues, and other useful skills. He is mysteriously able to learn almost anything except to speak with contractions and get jokes. In later outings he gains an emotion chip.

His canonical associates include his friends Geordi LaForge, Miles O'Brien and Keiko O'Brien; his mysterious shapeshifting cat, Spot; as well as Tasha Yar, with whom he famously demonstrates that he's "fully functional" under the influence of one of those sex pollen viruses that plague the denizens of sf land.

In the movie Star Trek: Nemesis, another Soong-type android prototype is discovered, known as B-4. The ongoing legacy of Soong's androids (and a human son, Altan), following Data's selfless sacrifice, is further addressed in the digital streaming series, Star Trek: Picard.

Data brings an entirely different perspective to the table. He has no emotions (for a good part of the series, anyway), and is in many ways the quintessential Pinocchio. Entirely innocent, he steals the show in a lot of different episodes, ... and is "fully functional". Yes, in all the kinky ways you might want an android to function.[1]

The moderator of the tng-confessions Tumblr noted that fan reactions tended to fall into one of three camps:

1. Data is my dream. The cause of and answer to my sexual frustration. If I had three wishes courtesy of a magic lamp, they would all involve his synthetic penis. Let me show you what it means to know pleasure, my alabaster prince.

2. Data is my son. He saved my life, watered my crops and cleared my pores. The ultimate cinnamon roll. He represents everything good in this world and he must be protected.

3. I can’t believe y’all are so thirsty for the robo dick. My world view has been altered in an uncomfortable way. I need an adult. Please desist immediately.[2]

The character also has a large following with people on the Autism Spectrum, who relate to the character, because he reminds them of themselves.

Data is a popular character in fanfiction. The most popular pairings are probably Data/Tasha in het and Data/LaForge & Data/Picard in slash, although writers have taken advantage of his curiosity, naivete and freedom from embarrassment to pair him with virtually every Trek character, often in PWPs. Many gen stories focus on his emotional development, with or without the emotion chip, and his goal to become more human.

Old School Data fanfiction is located at Trekiverse, the archive for the Alt.startrek.creative usenet groups; it has sections for Data/LaForge & Data/Picard. Espressivo's Salon de Smut was an adult fansite. Newer stories can be found at Archive of Our Own & fanfiction.net.

Fanzines focusing on the character include: 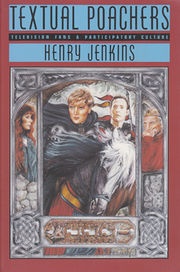 Jean Kluge is a notable fanartist who focused on the Data/Tasha pairing; her work appeared on the cover of Textual Poachers.

Data's exploration of humanity via an implanted dream micro-chip was the framing story for Gayle F.'s vid Orinocco Flow (otherwise known as Data's Dream). In the vid, after being implanted with the dream chip, Data's 'dreams' are filled with vibrant imagery drawn from science fiction and fantasy movies symbolizing humanity's imagination, our hopes and dreams and our endless drive towards exploration and the wonder if there is life after death. The vid ends with his literal (and symbolic) awakening. The vid builds on the Pinocchio theme that was part of Data's canonical quest of becoming more human.

The first TNG zine, Data Entries, was a newsletter about Data and Brent Spiner, who played him. It was launched in 1987 and ran to 45 issues; later issues also included fanfiction.

Other similar newsletters include Electronic Male, with 10 issues.

The members of Astrex, a Star Trek club in Australia, were amused when a major character in the then-new Star Trek: The Next Generation was coincidentally named for their long-running newsletter Data. A few years later, members voted to title their new club fiction fanzine... Lore.