From Fanlore
(Redirected from DS9)
Jump to navigation Jump to search

Beginning in the early 90s, the fandom straddled fandom's migration to the internet, having many stories and discussions both online in the Usenet forums and websites, and offline in zines. 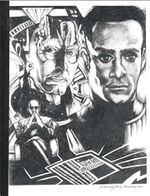 Two new polls announced their results in the last few weeks. One enterprising Netter held a "best ST character" survey, and Sid's fandom rang loudly. Doctor Julian Bashir was the highest-ranked DS9 castmember, at number seven overall. The only other DS9ers in the top ten were Odo at number 9 and Dax, tied for 10th with Montgomery Scott. In order, the other Niners were; Garak, 11th; Sisko, 12th; Kira. 15th; Quark, 16th; O'Brien, 17th; Gul Dukat, 22nd; Vedek Bareil, 23 rd; Morn, 25th; Nog, 26th; and Keiko, Jake and Rom didn't register :-}. The other noteworthy poll was an interesting counterpoint. It was the Cutest Couple Contest, and the diversity of the Net was definitely in evidence here. The top vote-getters were a Voyager couple (Tom Paris and B'Elanna Torres), the second place couple were from TNG (Bev Crusher and Captain Picard); and the third place vote getters were three couples, including the highest vote-takers from the Station, Jadzia Dax and Julian Bashir. Obviously, there are a lot of die-hard romantics among the Niner Net crowd. Other multiple vote-snagging couples were: Dax and Sisko, Dax and Kira, Bashir and Garak, Bashir and Tom Paris, and Kira and Odo. I guess someone liked "Heart of Stone." These results were very much in keeping with the majority of the fan fiction that has been posted in the last several months as well. Fans are a fascinating bunch.[7] 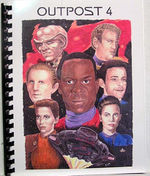 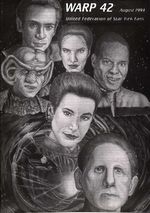