From Fanlore
(Redirected from MWPP Era)
Jump to: navigation, search 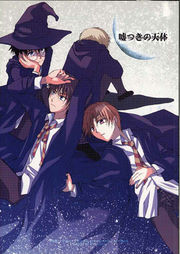 Stories set during the school days of the Marauders are often labeled Marauders Era, simply Marauders, or MWPP, an acronym for the characters' nicknames: Moony, Wormtail, Padfoot, and Prongs. Some segments of the Harry Potter fandom are devoted to Marauders-era fanworks or to the parent generation in general. The most popular examples of the genre are the Shoebox Project, a serial fic recounting the entirety of the Marauders' school years and some time after, and The Life and Times, which recounts the Marauders' sixth and seventh years. Other times, a character from the next generation - generally Harry Potter or Hermione Granger - goes back in time via a Time Turner either by accident or on purpose. Sometimes they end up affecting the future, other times it doesn't change what happens and ultimately stays the same other than the characters remembering whoever went back in time.

By far the most popular pairings in Marauder fic are Remus/Sirius and James/Lily, though all possible pairings (and threesomes, foursomes, and moresomes) have been written. The Remus/Sirius shippers suffered a series of blows following the third book, including Sirius' death, and Remus' relationship with Tonks. As a consequence, fanac was at its height during the Three Year Summer and dropped noticeably with the release of each new book. However, the early 2020s saw a strong resurgence in Remus/Sirius fics, such as the famous All the Young Dudes. In Time Turner stories set in the Marauders Era, the most common additional pairings are Hermione/Remus and Hermione/Sirius, with rarer ones such as Remus/Hermione/Sirius and Hermione/James. 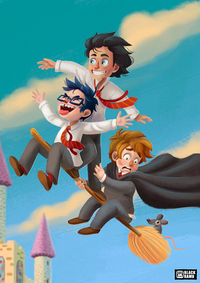