From Fanlore
< James
Jump to navigation Jump to search

James/Lily refers to the romantic pairing of James Potter and Lily Evans, the parents of Harry Potter in the Harry Potter universe.

Because the pair had already been killed prior to the start of the series, most fanfiction involving them is set during the time they were at school, known amongst fans as "Marauders' Era." However, AUs in which they had survived are also somewhat common. 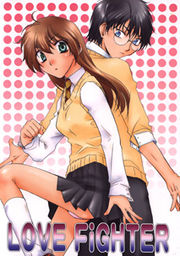