Fruit Cocktail is a slash anthology. There are five issues. The last issue is titled "Fruit Cocktale."

This zine has a sister zine called Fruit-of-the-Month Club Minizine.

From a description in On the Double #25: "Multi-media 'slash'. Stories, poetry, artwork need to contain at least three references to fruit. It's easy folks, just use your imagination!"

From a description in On the Double #34: "Another collection of multi-media 'fruit stories'. Stories must contain fruit (in addition to the two-legged kind!)" 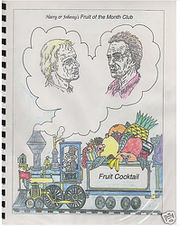 Fruit Cocktail 1 was published in May 1991 and is 68 pages long. Its subtitle is, "Harry and Johnny's Fruit of the Month Club." It is a nod to the company, "Harry and David" and a pun on names and slang. 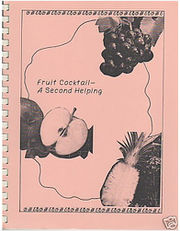 Fruit Cocktail 2 was published in 1992 and is 118 pages long. It has the subtitle: A Second Helping. 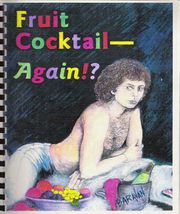 Fruit Cocktail 3 was published in March 1993 and has 118 pages. Its subtitle is: "Fruit Cocktail Again!?" It has art by BARAVAN, Helena Wolff, Jeanne McClure, Kate Nuernberg,and TACS.

See reactions and reviews for Meeting on a Street Corner.

See reactions and reviews for The Sugar and Spice Affair. 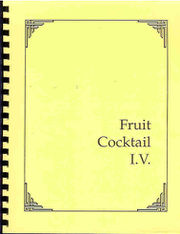 Fruit Cocktale 5 (note the title change) was published in March 2000 and contains 97 pages.

It contains clip art of fruit, and several black and white screenshots. 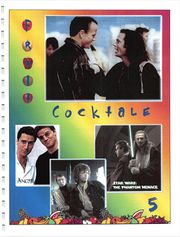