Simon and Simon Investigations is a gen and slash letterzine. It is a compilation of letters from fans, nonfiction articles and pictures. The letterzine would also insert of color photo of the actors in each issue, usually affixed to the last page. There is no fiction, nor is there (aside from some front covers), any art. Like many fan publications of the time, some issues of the letterzine were published without copyright notices and may, in the US, be in the public domain.

There is some overlap in publication times with Details at 11 which ended around issue #4 of "Simon and Simon Investigations."

"This bi-monthly letterzine is open to all aspects of the brothers' relationship, and each issue includes Letters of Comment, articles, and a glossy photo. Published entirely for the enjoyment of the subscribers, SSI is only for those S&S-S/S fans who wants to join in a l/z written for and by fans who appreciate the loving relationship of television's sexiest private detectives... age statement required." -- from an ad in Pop Stand Express #15 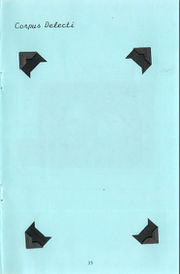 an example of the photo page (photo missing) 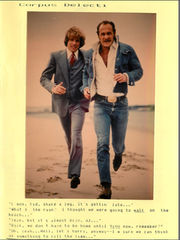 issue #4, with the photo intact 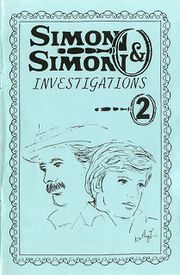 cover of issue #2 by Kathy Lachenauer 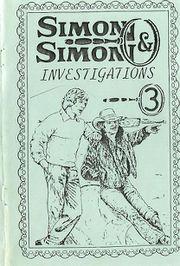 cover of issue #3 by Ruth Kurz 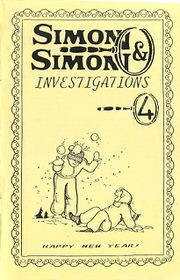 cover of issue #4 by Lynn Johnston 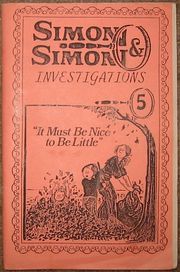 cover of issue #5 by Lynn Johnston 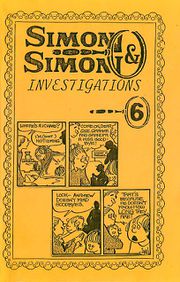 cover of issue #6 by Lynn Johnston 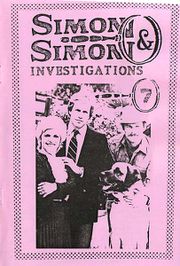