A fic classified as a first time is one where the featured characters engage in an intimate or sexual relationship with each other for the first time. Often the structure of the story is built on overcoming something keeping the characters apart, with the dramatic arc concluding when the obstacle is overcome or circumnavigated.

The Beauty and the Beast fandom often refers to Catherine and Vincent's first time as the "consummation scene".

First Time stories appear to be an enormously popular trope in virtually every fandom[1][2] and are often specifically labeled as such as a guide to the reader.[3] Many of the stories mimic the characteristics of romance novels, with unresolved sexual tension, the first flush of realization, the hurdles that must be overcome and the final resolution which, more often than not, involves a sexual encounter.

In 1996, a fan commented on the appeal of first time stories:

First time stories. Ah, one of my favorite topics. Semesters ago, I wrote a paper comparing slash to romance novels. Slash borrows from other genres and adapts them, too, but a lot is borrowed from romance and the dismissal of the connection in academic works on slash irks me because it's treated as if we ought to be embarrassed about it. One of the conventions the genres share is the virginity of at least one partner. I think there lots of reasons for why it's used so often: It makes the occasion more special, it's more potent emotionally, more intense, a unique event. It also allows the partner with more experience to be protective and gentle and for the first-timer to be vulnerable, so both let their emotional guards down or have them stripped away and find the other accepts them. There's more at stake for them both. It isn't the reactions of others that matter, it's the way finally being together after a long and stormy courtship feels to each of the partners that makes first time stones so hot. Well for me, anyway. All this doesn't mean I like them to the exclusion of all other story-types, but I do think first times are among the tastiest fan fic. [4]

In 2004, two Professionals fans discuss possible reasons for the popularity of this trope in slash fanworks:

[suzycat wrote]: I have this nascent theory that when we write slash, we like to go back to the moment where homosocial shifts to homosexual, to the point where it all begins, because it meets a need somehow - of the endlessly deferred courtship, maybe, or of a repetition of the adolescent phase where we make "decisions" about identity, or perhaps even the moment we develop an ego identity... For some reason, we really *love* those first times, and we keep writing them/reading them over and over to recreate the excitement and intensity. Before it all goes stale. [nellhowell replies]: Interesting theory. In a sort of related issue, I've heard speculation that fandoms themselves perhaps go in cycles. That is, it's perhaps commonplace for writers in a new fandom to want to explore first times, to speculate on how the specific characters in that world will make that move from homosocial to homosexual, so there's a burst of that type of story to start out with. Then, as the fandom ages and the cache of first-time stories grows large, writers--even new ones to the fandom--branch out into exploring other themes. I don't know if that holds any water or not, but it'd be cool to see a study along these lines. [5]

See more at The Beauty and the Beast Consummation Scene.

"Will they or won't they" was a huge topic in Beauty and the Beast (TV), both in canon and in fanworks.

It’s difficult enough to sustain a romance across a single film, let alone across a number of seasons, which meant that Catherine and Vincent’s relationship often felt somewhat static. Their connection is the true constant of the series, despite the best efforts of an interfering network who wanted to let the romance remain ambiguous even if the show was literally called Beauty and the Beast. Some fans felt frustrated by the lack of development (as did Linda Hamilton!) while others were concerned that consummating the relationship would ruin the show in the same way it had wrecked Moonlighting.

There was no easy solution to the romantic situation. The sexual tension between the two added to the excitement and uncertainty, and yet they were already waxing lyrical about their impossible love by episode two. The delicate balance was not helped by a conservative network who didn’t even want the eponymous lovers to kiss for fear of bestiality accusations. Season 1 ended in a consummation of sorts, in which the writers tried to balance the warring demands of network and fanbase with a few moments of physical affection, the result of which was the infamous ‘soul kiss’ in which Catherine and Vincent finally locked lips – but only in silhouette, and even the embrace itself was presented as metaphorical one rather than literal. The only other times they kissed onscreen were in the season 2 episode ‘Orphans’ and in the season 3 opener, the latter of which immediately precedes perhaps the cringiest lovemaking montage in visual media (featuring very little of the characters and rather a lot of roses bursting into bloom and volcanoes erupting in slow-motion as a syrupy song version of the series’ love theme plays). I think it’s because Beauty and the Beast wanted to have its cake and eat it too in regard to being both a family show AND a mature romance. It couldn’t successfully be both, and at some point, they had to choose – when they finally did, it was too late. [6] 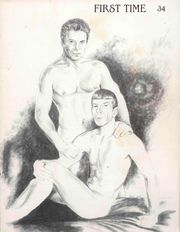