The virginity of one (or, more rarely, both) characters may be used as a story trope in fan fiction. 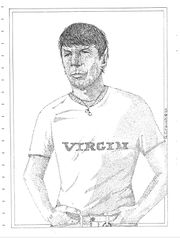 The idea of one or both characters being a virgin in fanfiction goes as far back as the earliest slash stories.[1] In fact, in K/S TOS fanfiction it is so common, it seems to be almost a given that Spock is a virgin at the time of his first sexual encounter with Kirk.[2][3][4] This is more than likely to be the result of an interpretation of canon as, in Amok Time - the final episode of Season One - Spock is revealed to be betrothed and appears reticent - almost embarrassed - when he has to explain Vulcan biology to Kirk. While Kirk frequently 'got the girl', it was only in two other episodes that Spock demonstrated any kind of sexual impulse and on both occasions, he was under the influence of external forces.[5][6] By contrast, in the reboot movie, Spock is in an established relationship with Uhura and as a result, far fewer stories depict him as a virgin.[7][8][9][10]

Rich pickings for those who enjoy this trope can be found in fandoms where the characters are teenagers or otherwise still young, such as Harry Potter, Glee, Merlin or in High School AUs where the characters are depicted as meeting earlier than canon, when teenagers. (Aficionados of the trope may prefer older characters, however.) It's also common in historical sources such as Austen or Robin Hood (BBC 2006), especially but not exclusively among women. Unattractive characters such as Severus Snape are often written as virginal. 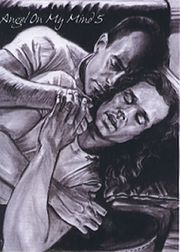 front cover of Angel On My Mind #5, a Virgin!Blair zine

A type of story in which a character who is canonically known to be sexually experienced, (or at the very least, one could reasonably draw that conclusion from canon) is discovered to have been concealing their lack of sexual experience. The most notable stories are when the character is in fact canonically portrayed as promiscuous, or having been in multiple relationships. Virgin!Lex, or Virgin!Methos would be good candidates; Virgin!Dora the Explorer would not. While it is rare, there have been a small number of Secret Virgin Kirk stories written.[11]

Almost universally, the character's condition is remedied in the course of the story.

An unknown percentage of these stories are doubtless written for the sake of the absurd, but just as doubtless, there is a sincerely interested audience as well.