From Fanlore
Jump to: navigation, search
BASCon was a slash convention held in south San Francisco.

Starting in 2002, the convention began soliciting fan fiction from its members and published them in fanzine. format. Every convention attendee received a complementary copy.

BASCon 2002 contains 88 pages and is slash. The subtitle on the cover is: "Spanning the Fandom Bridge" and the dates: November 1–3, 1002. The zine has a handful of color photographs from various shows, but there is no other interior art. 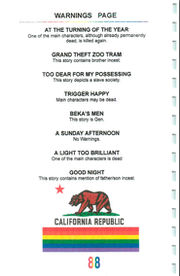 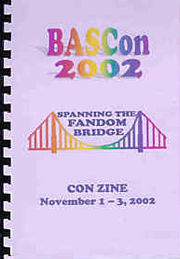 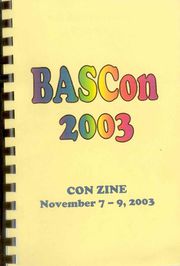 BASCon 2003 contains 136 pages. All stories are slash unless otherwise noted. 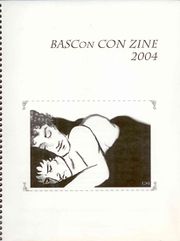 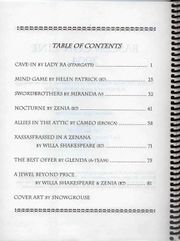 BASCon Con Zine 2004 contains 92 pages and was published in 2004. It is the third issue in the series. There is no interior art.

5 x 5: BASCon 2005 Con Zine-Let fanzine was issued in CD format and was included in the registration packets of all attending members.

The BASCon 2008 fanzine was issued in CD format and was included in the registration packets of all attending members. 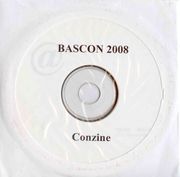