Frank/Gerard, also known as Frerard, is the Bandom slash pairing of Frank Iero and Gerard Way of My Chemical Romance, originating from the duo's stagegay antics, seen especially during Projekt Revolution. It is the most popular pairing within My Chemical Romance.

Frank/Gerard does not appear to have been the clear favorite from the beginning, as it was not the first MCR ship to get its own LiveJournal community (that would be Gerard/Mikey). However, the ship has been around since at least 2005, if not earlier. The first comm dedicated to the pairing was gerardxfrankie, created 18 March 2005. Another pairing-specific comm, frankxgerard, was created in September of that year. Although in later years fans would reminisce about Frank and Gerard kissing on stage during Projekt Revolution in 2007, this behavior was by no means unique to that tour. For instance, fans at yeahchemical were excitedly reporting on the Frerard stagegay of Warped Tour 2005.[1] In October 2004, a fan at chemicalromance reported the same, and another fan replied that it wasn't a big deal and they kissed all the time.[2]

Fanfiction settings are widely varied, but are mainly: 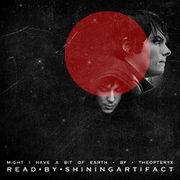 Based on music videos