Prison AUs are a popular trope in fandom. They are often a way to let the characters meet for the first time in an environment where they have to depend on each other and where close proximity (often they are bunkmates) leads to more. True love goes hand in hand with long-term imprisonment. No matter what the crime was, there were probably extenuating circumstances or the characters really had a change of heart in prison and regret what they have done.

Sometimes the characters are guilty, more often they were framed and had poor legal defense. The latter is most likely the case if only one of them is in there for a crime and the other is undercover. If they are both undercover, the prison AU can be a variant of the Undercover in a Gay Bar trope. 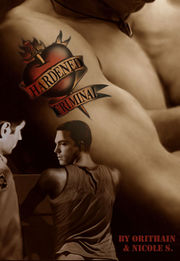 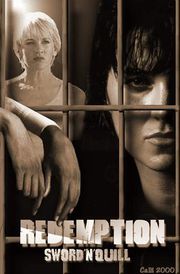 Some fandoms have episodes that take place in prison. Stories based on these episodes are either explorations of canon or they are prison AUs.

Other shows are set entirely in prison. In these fandoms the Prison AU trope can be explored in a canon setting.

Characters with a Past Criminal Record

In Canons Set in the "Real World"

In Canons with Fantasy, Magical, or SF Elements