The premise echoes both cop (particularly buddy cop) and caper tropes: a federal agent in the White Collar division of the FBI (Peter Burke, played by Tim DeKay) teams up with a con artist (Neal Caffrey, played by Matt Bomer) whom he once sent to prison. Neal's talents as a thief, forger and con man help Peter catch white-collar criminals.

Prominently featured in the show is Elizabeth Burke (Tiffani Thiessen). She is involved in some of her husband's cases, and has a genial relationship with Neal. Mozzie (Willie Garson) is Neal's old confidant and partner. Peter's subordinates at the FBI, who gradually got more screen time as the show aired include Agent Lauren Cruz (Natalie Morales), Agent Clinton Jones (Sharif Atkins) and Agent Diana Berrigan (Marsha Thomason).

Diana Berrigan is an out lesbian agent who appeared in the pilot and was referred to by Peter as his "probie". She did not appear in subsequent first season episodes until the finale (Marsha Thomason had a prior acting commitment). As of season two, Thomason returned as a regular cast member, and Diana became a full-fledged agent, essentially replacing the character of Lauren Cruz who left after the first season.

The original ads for the show gave every indication that it would be popular among fans, to the point that multiple people nominated the show for the annual Yuletide rare-fandoms gift-exchange challenge based solely on the ads.

Livejournal communities were also formed in advance of the show's first airing. Within a day of the pilot's airing, fanfic, icons, and wallpapers were being posted to various places.

Before the second episode aired, the fandom had its own section on fanfiction.net, and at least two vids had been made.

Neal is the character that is the center for most fan's enjoyment of the show. Most of the popular ships are Neal pairings, and in crossovers, he is the fandom Little Black Dress.

Neal has had three canon het relationships which after the canon ship of Peter/Elizabeth are the most common het ships in fic. Neal/Kate and Neal/Sara are both popular and Neal/Alex, shown in canon as a much less serious relationship, has a small amount of fannish interest.

Since the show introduces fans to Neal and Peter after they have known each other for years and sets a time limit on Neal's obligations to work with Peter, works speculating about their backstory are popular, as are works exploring the futurefic possibilities of the characters' lives.

Unlike in many fandoms where kink dynamics often have to be written into the characters' relationships without much overt canon support, some White Collar fans interpret canon elements like Neal's ankle monitor, or scenes where Peter exercises control over Neal's behavior, and transform the subtext into overt depictions of a kinky relationship in much the same way slash is often based on existing subtext in the source text.[1] Just like the show itself, many fanworks that are not labeled as kinky or containing D/s elements can be interpreted by readers in that way. It is possible that some fans are developing kink goggles in the way some fans have slash goggles.

The similarity in format between the show and Leverage have led to several crossovers. Crossovers with other shows, either set in New York or dealing with similar themes are also popular. 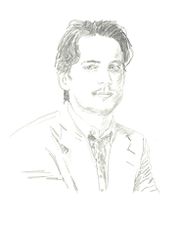