The title supposedly means "Peaceful Thoughts" in the Vulcan language, a title that may be jossed later. Boldly Writing notes: "Unlike Klingonese, no official Vulcan-English dictionary was even attempted until 1995, though many unofficial glossaries existed before then. In this case, the Vulcan language glossary was a joint effort among Michelle Malkin, Joyce Yasner, and Lee Smoire."

Selections from issues #1-4 of this zine were later published in Back Trekkin'.

From a Blurb in "Vorpal Sword"

From the third issue of Vorpal Sword #3:

The editors of the Vorpal Sword are proud to announce the birth of a new Star Trek fanzine, "Pastaklan Vesla." Pastaklan Vesla means "Peacefull Thoughts" in Vulcan, and it is our hope that this fanzine, possibly a one-shot, will espouse that philosophy. The masterminds behind this daring venture, Michelle Malkin and Kathy Surgenor, are now in the process of collecting material. All stories, articles or artwork are welcome and will leave us forever in your debt. Now is the time for all good Trekkies to come, to the aid of their one-shot. We thank you.

Pastaklan Vesla 1 was published in 1970. Its back cover is by Alicia Austin and was reprinted in The Despatch #21. 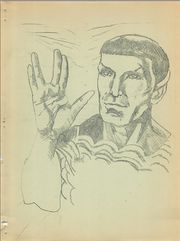 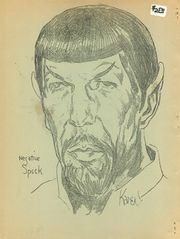 back cover of issue #2, Karen Flanery

Pastaklan Vesla 2 was published in the Winter of 1970 and contains 84 pages. It has a front cover by Karen Flanery. The interior illos are by Alicia Austin, Kathy Bushman, C. Grosso, D. Krogan, D.C. Roberts, D. Sobwick.

Dedication: "This issue of Pastaklan Vesla is dedicated to Bjo Tribble in kind grateful appreciation for the kindness she has bestowed upon ye eds." 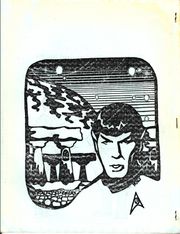 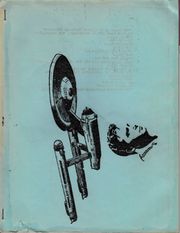 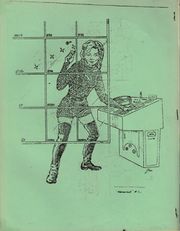 back cover of issue #4, "Revenge" by Greg Jein 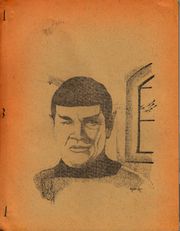 front cover of issue #4, "Ambassador Sarek of Vulcan" by Ellen Winder, reprinted as the cover of The Despatch #17

"This issue of Pastaklan Vesla is dedicated to the proposition that all Star Trek zines should be out on time (once in a while, maybe?). And, of course, to all the Star Trek fans everywhere." 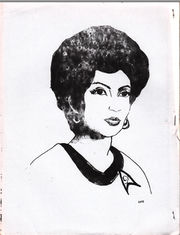 back cover of issue #5, CAB 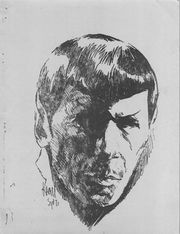 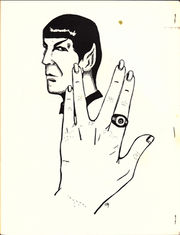 back cover of issue #6, Carolyn Hillard 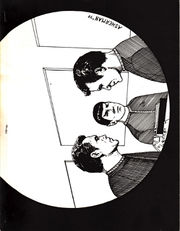 Boldly Writing describes issue #6: "The content was all Star Trek except for some Dr. Who artwork and ads for Star Wars fanzines. In her editorial, Michelle explained that she wanted to do a Star Wars fanzine instead. Among the many stories was an article by Judith Gran titled, "Work and Alienation in Star Trek," in which she discussed the work ethic in the Star Trek universe."

The editor says this is the last issue of Pastaklan Vesla, and that she is now collecting work for a Star Wars zine called Kessel Run.