Orion Archives: 2266-2270 The First Mission is a gen and het Star Trek: TOS anthology that reprints content published in previous Orion Press zines in particular from Orion. Some of the later issues also reprint online fanfic. The early issues are numbered, later on the titles are organized by the fictional timeframe the zine takes place in (many Orion Press zines take place in a vaguely shared universe at least as far as the basic chronology of the Trek universe is concered. Their website offers timelines and such that the zines adhere to). Issues are still being released as of 2009, and there are also re-releases of older Orion Archives issues. A full list is available at the Orion Press website. 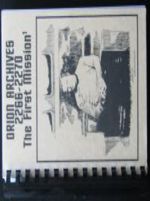 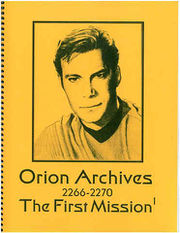 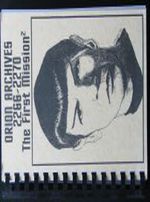 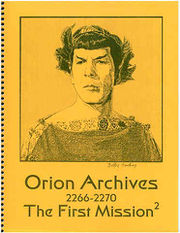 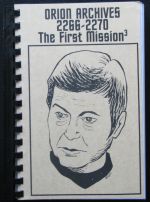 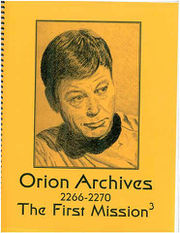 See reactions and reviews for The Kenederis Incident.

See reactions and reviews for The Ambassador's Taxi. 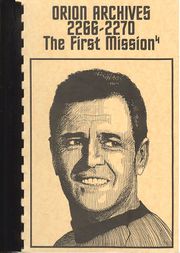 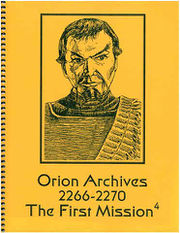 "The Adventure of the Vulcan Detective" has a note on the Orion Press Fanzine website that reads:

Sadly, this story is negatively reviewed on the Godawful Fan Fiction website by someone who apparently didn't really read the story in the first place.[4]

GAFF was a fanfiction review site and forum that operated from 1998-2009 and was known for being very harsh with fanfiction they considered to be "godawful." The review was posted some time before October 2000 and read:

Spock, while on shore leave, is dragged out of a bar by the local Police. Apparently they figure he'd be a really good detective and so they draft him (????). Just shoot me now. This looks like a case of An Author Who Has Been Reading Too Many "Hardy Boys" Mysteries, Watson.[5] 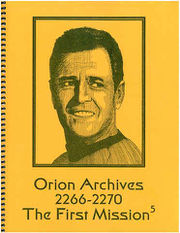 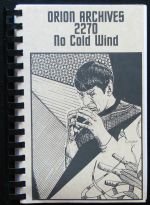 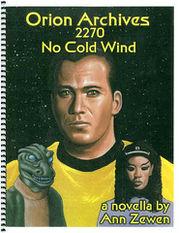 Orion Archives: 2270 The First Mission No Cold Wind is a 221-page novel written by Ann Zewen. Color cover by Michael C. Goodwin. Interior artwork by Christine M. Myers. It was originally published as a standalone zine novel No Cold Wind in 1990, then reprinted as part of the Orion Archives in 2001 (in digest size) and then re-released in 2007 in regular size.