Orion Archives: 2283-2284 Interludes is a gen and het Star Trek: TOS anthology that reprints content published in previous Orion Press zines in particular from Orion. Some of the later issues also reprint online fanfic. The early issues are numbered, later on the titles are organized by the fictional timeframe the zine takes place in (many Orion Press zines take place in a vaguely shared universe at least as far as the basic chronology of the Trek universe is concered. Their website offers timelines and such that the zines adhere to). Issues are still being released as of 2009, and there are also re-releases of older Orion Archives issues. A full list is available at the Orion Press website.

Summary from the flyer: "These stories are set between the events of Star Trek: The Wrath of Khan and slightly beyond Star Trek: The Final Frontier. The primary crewmembers from the first and second missions under Kirk’s command are reunited for a series of adventures which end with a return to Vulcan for the Enterprise and Sulu’s subsequent departure for the captaincy of the science ship Cooper." 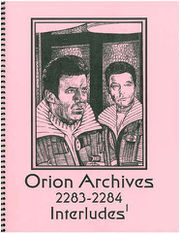 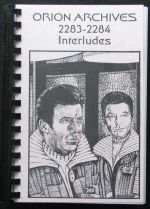 * All That He Was... All That He Knew / [rep: Orion 22; also Orion Archives 3] Events from Spock's funeral to McCoy's imprisonment by Starfleet, from McCoy's pov. Nice. 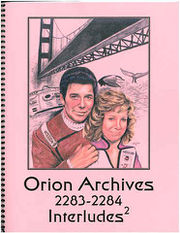 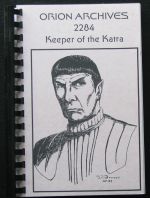 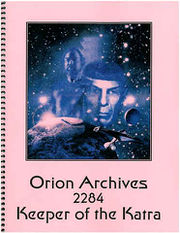 Orion Archives: 2283-2284 Interludes 3 is a 159-page novel called "Keeper of the Katra" written by Chris Dickerson. Artwork by Jim Boursaw, David Lawrence and Gennie Summers. The cover is by the Italian Star Trek Club. 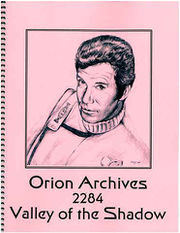 Orion Archives: 2283-2284 Interludes 4 is a 130-page novel called "Valley of the Shadow" by Donna S. Frelick. Artwork by Christina Kyle, David Lawrence, Jeanne L. Matthews, Christine Myers, Julie C. Nosal and Zaquia Tarhuntassa. It was first published as standalone zine novella Valley of the Shadow in 1997, then reprinted as part of the Orion Archives in 2001 (in a digest size) and re-released in 2008 (in full size).