Engage! is a gen Star Trek: TNG letterzine. It was one of the successors to Interstat, alongside Diachron and STARLink.

Engage primarily featured letters of comment, along with columns related to both Star Trek and Star Trek: The Next Generation topics. Staff artist for all issues (front covers and interior illustrations) was Zaquia Tarhuntassa.

There were nineteen issues. 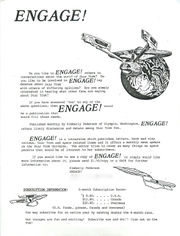 flyer
From a flyer:

Do you like ENGAGE! others in conversations about the world of Star Trek? Do you like to be involved in ENGAGE!ing debates about Star Trek with others of differing opinions? Are you simply interesting in hearing what other fans are saying about Star Trek?

I you have answered "Yes" to any of the above questions, then ENGAGE! would be a publication that would fill those needs. Published monthly by Kimberly Pederson of [redacted], ENGAGE! offers lively discussion and debate among Star Trek fen. ENGAGE! is a letterzine which publishes letters, book and zine reviews, Star Trek and space related items and it offers a monthly news update on the Star Trek Universe. The editor tries to cover as many things as space permits that would be of interest to her subscribers.

If you would like to see a copy of ENGAGE! or simply would like more information about it, please send $1.50/copy or a SASE or further information to [address redacted]. 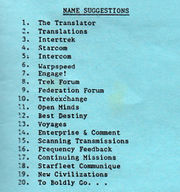 the list of possible names for this zine, published in the first issue 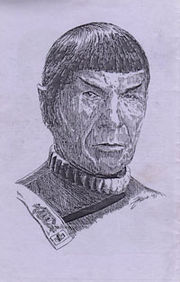 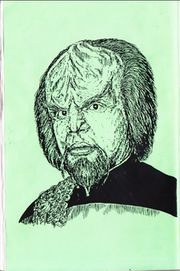 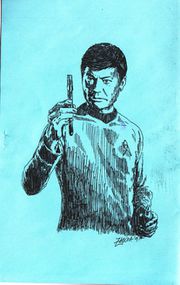 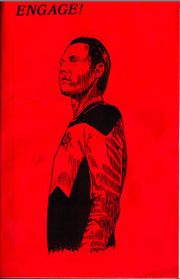 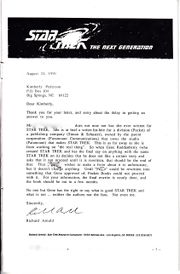 letter from Richard Arnold "Star Trek Research Consultant" in which he tells fans, among other things, that "No one but Gene has the right to say what is good Star Trek and what is not... neither the authors nor the fans. Not even me." 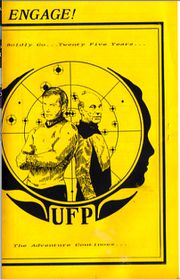 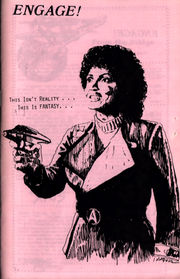 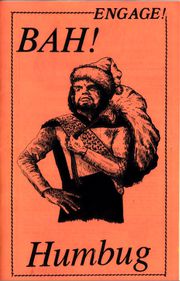 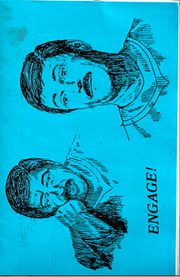 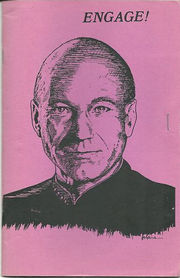 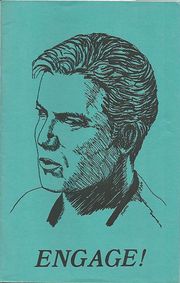 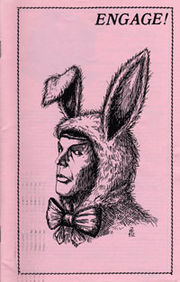 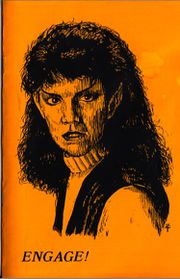 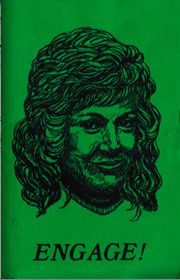 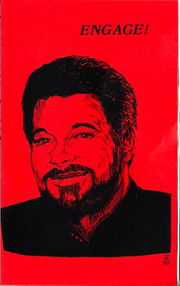 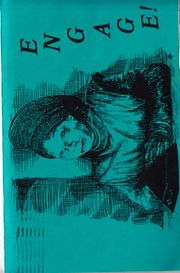 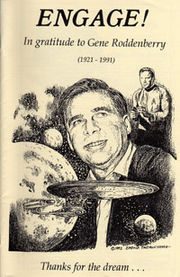