At the Helm (Star Trek newsletter)

At the Helm is a gen George Takei newsletter. 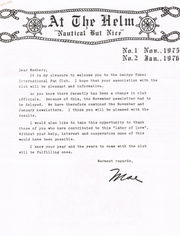 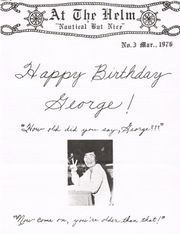 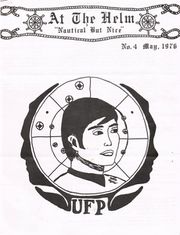 cover of the fourth issue

"Do you have any one particular fetish or crazy hangup?" (answer: climbing tall buildings)
"I understand there is a movie you acted in that has been re-issued as an X rated skin flick. Would you care to elaborate?" ("Back in 1970 I made a beautiful independent picture entitled "Josie's Castle." It was an idealistically themed, lovingly photographed project shot on location in beautiful San Diego. Unfortunately, the producer just couldn't get a distributor for the film. It sat on his shelf for a long time tying up a lot of his money. As a matter of fact, he believed in his project so much that he had mortgaged his own house for it. He was finally put into a position where he just had to bail out. He sold it to a distributor outright, who then went out and hired some "bodies" to perform some sequences that were spliced into the action I understand the picture now is horrible. Now, why didn't that distributor have the imagination or the guts to ask me to do it right!")

At the Helm 5/6/7 was published in July/Sept 1976 and contains 11 pages. The cover is by Azusa Imaki, a foreign exchange student from Japan studying in the United States 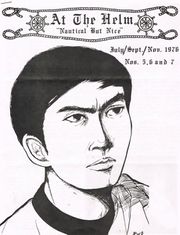 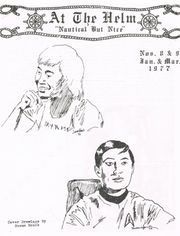 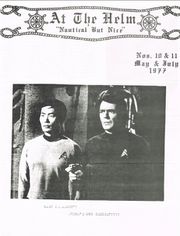 It was summer, 1977. An early summer day caught the four women working in their office at NBC. Penny Colwell was the new president of NBC. Maria Shotz was her V.P. They had never thought that financial problems of a major network could be so exciting — and exhausting. With them were Celia Lee and Angela Barson, in charge of production. They were almost as exhausted. Still, they were determined to get STAR TREK on the air by the spring of '78.
A phone call from William Shatner was just what was needed to break the monotony.
Celia answered, "Oh, Hi Bill... what' s new?...Yeah, we're trying to get it back for next spring...Who?...He is? Please put him on!.. Hi, Leonard."
Even though these girls were accustomed to dealing with major stars as well as important producers and directors, such a call from not only William Shatner, but Leonard Nimoy, and DeForest Kelly and George Takei was a thrill. When the gentlemen asked them to dinner — with Gene Roddenberry, how could they refuse?
At the fine restaurant where they dined, everything went well, but they realised that Leonard Nimoy never smiled, and when anyone spoke to him as Leonard, DeForest Kelly would look up. It was a little strange. 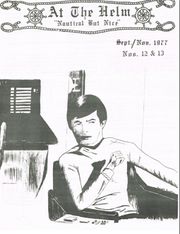 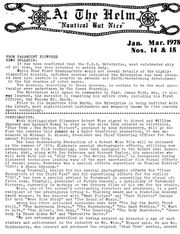 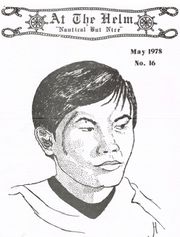 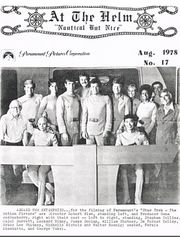 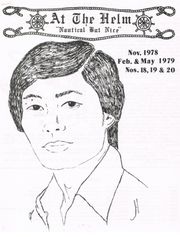 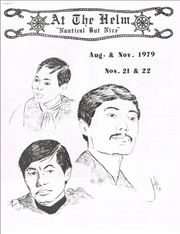