From Fanlore
(Redirected from Asimov)
Jump to: navigation, search 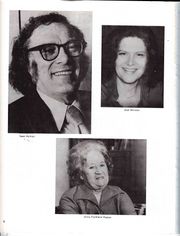 Isaac Asimov (1920-1992) was a well-known American science fiction writer active during the Golden Age of Science and beyond. He has been described as one of the "Big Three" classic SF writers, along with Arthur C. Clarke and Robert A. Heinlein. He also wrote mysteries and nonfiction, including commentary on science fiction fandom. See Wikipedia for more.

In SF he is best known for his Foundation series, his robot stories, inventing the word robotics, and inventing "the three laws of robotics".

He was also briefly a member of the Futurians, although he was not involved in the drama.

Asimov, known for sharing his opinions, also had (positive) opinions about Star Trek. He was a guest at several Star Trek conventions in the 1970s. See The Conventions as Asimov Sees Them.