How hard is it to understand this is my name and my stories. I want them GONE. Your email system doesn't work either. I have a box full of bounces. 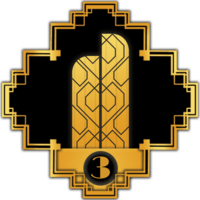 Hi MPH, for adding to FanloreProject:Meta, you have earned this shiny badge :-) 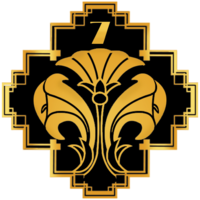 I don't know if there's a place for this within fanlore (maybe in the "Similar posts" links for the "The three generations of fanfic" set of posts?), but I thought at least that you would enjoy reading it.
Title: "Fan Fiction Was Just as Sexual in the 1700s as It Is Today"

I like what you did with that! I added a sentence about this, with a link to your created page, to "https://fanlore.org/wiki/Fanfiction#Origins_of_the_Activity". Chavey (talk) 02:59, 21 February 2020 (UTC)

Confusion over "Legends of the Lost Weyr"

I'm wondering if you can help me with this. The zine "Legends of the Lost Weyr" had a publication weirdness: Issues #1, 2, and 3 were published in 1980, 1986, and 1981 respectively. The editorial in the issue numbered #2 says "I'm not sure whether to welcome you to the second or the third issue, since Legends of the Lost Weyr #3 had already been published...". Fanlore has the covers for #2 and #3 listed in the order in which they are numbered, but has the contents listed in the order of appearance! Thus issue #2 (which I have) has all of its contents published under issue #3. None of the contents listed with the picture of #2 actually appear inside there, and are presumably the contents for issue #3 (which I do not have.) I'm not sure, though, whether the contents of the two issues should be reversed, or whether the covers of the two issues should be switched. (With an explanatory note either way.) Chavey (talk) 18:46, 23 February 2020 (UTC)

The pages for these two fanzines both say that the name was changed (from Bulletin to Notes) with the June 1974 issue. Nevertheless, there are 7 issues listed under "LNAF Bulletin" from after that date. Those issues were all added by you. Looking at my own two copies, which basically have both titles, I can see reasons for the confusion. But it should be cleaned up. Chavey (talk) 08:23, 29 February 2020 (UTC)

I added a moderately long quote from Leslie Fish to the section of her page on K/S advocacy (Leslie_Fish#As_a_K.2FS_Advocate_and_Writer). The quote comes from a letter I have from Leslie to James Van Hise (extracted with permission from Van Hise). Could you check to see if you think this is appropriate? I tried to compress the main ideas from a 2-page letter, but it's possible that this could be compressed more. Thanks, Chavey (talk) 16:36, 29 February 2020 (UTC)

I think it looks very fine, and I'm thrilled that you added it, Chavey. One question: what is the date of the letter, and could you explain a bit in a footnote a little more about it? Also, could you paste your comments above to the talk page for the Fish page? -- Having this info on that page makes this discussion findable for others? --MPH (talk) 17:50, 29 February 2020 (UTC)

I think I've done all of that now. (Please check that I included what you were looking for.) Since I know you like to consider comments by writers about other stories, I'll give you an evaluation filled paragraph from that letter:

"The only objection [to K/S stories] I can think of on grounds of the characters' personalities is that Kirk is a bit nervous over his position as Captain (he's terribly careful not to cause dissension among his crewmembers, and having a lover in the crew might cause that -- in his opinion, anyway), and that Spock is painfully shy, ashamed of showing emotion (much less acting on it), and very fearful (with good reason) of his own sexuality. Then again, Spock's hangups about sex might refer only to the dangers of Pon Farr, or to particularly Human females; he did all right with Droxine, and with the Romulan commandress. In any case, these objections aren't that large -- more like interesting obstacles for a writer to deal with. There have been several good stories about getting through these obstacles: In Gerry Downes' ALTERNATIVE (the story actually began in the "Orion" story, in STARDATE UNKNOWN) a deep mind-meld used in a hurt/comfort background was enough to initiate the affair; in Gayle Feyrer's "Desert Heat" (SENSUOUS VULCAN #1) the precipitating incident was a simple Spock's-in-Pon-Farr-and-there's-nobody-around-but-Kirk (gorgeously done, though); in "Shelter" I used a straight hurt/comfort situation (WARPED SPACE #20); in Beth Hallam's "Green Plague" (SON OF GROPE) they just realize that they've been in love for years, and quietly proceed to bed; in Frankie Jemison's "Aftermath" (OBSC'ZINE #1) it's Spock who wants the affair, and he admits it only after Kirk practically pries the facts out of him. There are plenty of ways around the few barriers, and Trek writers have explored several of them." -- Leslie Fish, June 1978.

Leslie also includes a flyer for "our new Trek-filk record" and asks him to include it as an ad in "Enterprise Incidents". Chavey (talk)