RP accounts would often use icons that featured their character or Played-By with various facial expressions. For instance, an icon with a character face-palming might be used on an in-character comment where something annoying has happened. As such, the icon choice was believed part of the character interaction as much as the comment itself.

Some sites and communities like HollowArt catered exclusively to roleplaying needs, such as including an extensive tagging and searching system that allowed users to find exactly the right Played-By iconset for their character, or to those those that couldn't or didn't want to make their own icons to find a large repository of icon-sized images of a single character. 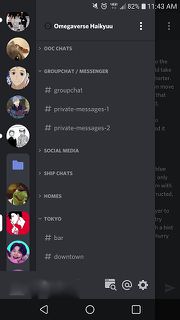