Errantry was a gen multifandom anthology that had two issues. 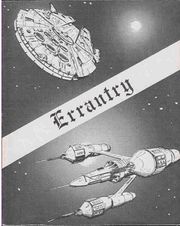 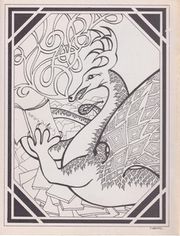 back cover of issue #1, Carol Walske 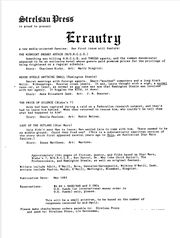 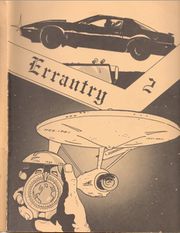 front cover of issue #2, Bernie "The Enterprise, The Omni, and KITT"

back cover of issue #2, Scott F. Hill -- "Have Sword, Will Travel" (Theron and Michael from "The Glass Bell")

Thanks also to all who wrote LoCs on the first issue. I'd like to take a minute here to state my feelings about LoCs: they are welcome (it's the only way in which I can tell what I'm doing right or wrong, and it's always nice to get mail...), but I'm not sure they have much meaning except to the editor and contributors in zines that come out once a year and have short print runs. The current policy is that copies of all LoCs go to all contributors; I'd rather use the space that would contain LoCs for more story material. This, however, is a personal view; I'd be happy to hear other viewpoints.