He wrote a single piece of fanfic, a story called "The Sleeping God," for Star Trek: The New Voyages #2. 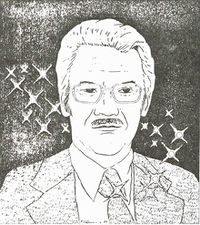 Con Guest of Honor and/or Presenter