Implosion is a Star Trek: TOS gen personalzine/letterzine that lasted one year. The editor sent it out free to whom she chose, and asked that it not be advertised in other zines. "Implosion" featured critical fanzine reviews by H.O. Petard, and was a zine of hotly-contested opinions, both with those who had letters published in it, and for those who heard about it but didn't receive copies.

Mandi Schultz's personalzine, encompassing all manner of whatever its ed has on her mind. Available for "a kind word, a pat on the back, an expression of perplexity, or what-have-you... anything except money."

The editor writes in The Halkan Council #26/27 that Implosion is:

...a private venture, there has never been any charge for it. I cover all the costs myself, tho some IMPers have been kind enough to contribute stamps, mailing labels, things like that, to the common cause. Becoz it IS a private venture, it has been within my rights to restrict readership in any way I desire – and that has been primarily on an economic basis – I can’t afford to send it to everyone, so I don’t.

From the editorial in issue #6:

IMP is a personalzine, or more aptly, one of those horrendous mimeo'ed letters you get now and then, only when we're having Christmas on a monthly basis... IMP is a forum, a soapbox, whatever it is you need. The foundation of said soapbox is built on is very simple and basic -- that everyone has the right to both have and express an opinion. Send me yours and we'll try to fit it in here somehow. Believe it or not, opioins do not have to agree with my own to get printed... As usual, what's mine is mine, and what's bylined has come from elsewhere, so kindly direct your nasty comments and hate mail to the approporately deserving partines. If I print something that ticks you off, I'm sure I have a reason, but kindly remember that I am not the source of every single line of this rag. Which all means that if [fan's name] says something to offend thee, by all means tell me so I can print what you think, but send the bricks to her . Get it?

Subjects Discussed, With No Holds Barred

Implosion 3 was published in February 1977 and contains 12 pages. 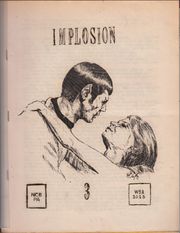 Implosion 4 was published in March 1977 and contains 14 pages. 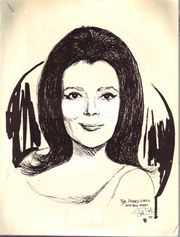 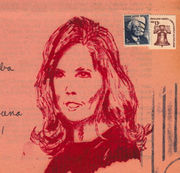 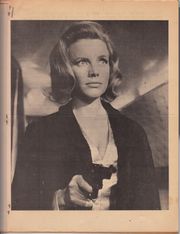 Implosion 5 was published in April 1977 and contains 12 pages.

cover of issue #6
Implosion 6 was published in July 1977 and was 16 tightly-packed, legal-sized (long) pages. There was MUCH discussion about the power and responsibility of reviews, about Diamonds and Rust, a kerfuffle over Delta Triad, and zine production choices. The editor says on the last page that the zine is taking a personal toll on her health and that it will be taking hiatus:

IMP will be back -- in a few months, or a couple of months, I don't know.... Besides, now that the first collected volume of D&R is complete, I have a lot of sick, warped, tasteless, marysue stories to get working on for the next volume. And you don't think that's hard work, believe me, it is.