Offset printing, also referred to as "multilith" (the company name of a leading printing press manufacturer)[1] or "offset lithography" was a method of printing fanzines.

"Moskowitz' own Fantasy Times in 1940 was the first offset fanzine. Early fanzines were often reproduced by hectograph: a process in which a typewriter's impressions on a purple master were transferred to a bed of hecto jelly, and a careful fan could make about 60 readable copies by pressing down one sheet at a time." [2]

Impulse #5, which was published in August 1971, was one of the first offset media fanzines in reduced format.

For a debate on the merits of offset vs mimeo go here.

In 1982, in issue 35 of the S&H letterzine, Barbara Green Deer described this printing method in her article: "Offset Printing."

Offset is a method of printing in which the image is transferred to the paper from a completely flat printing plate. The plate is made so that the image areas (the black of your copy) attract the ink and repel water. The non image (background) area attracts water and repels ink. The inked plate does not actually print onto your paper. It transfers the image first to an offset blanket, a rubber coated cylinder, which then prints the image onto the paper. That's why it's called 'offset'. 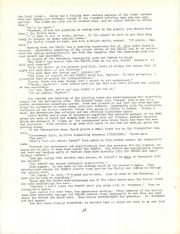 There are two types of offset print, and they differ in how the plates are made. Regular offset uses a photographic negative of your copy to transfer the image to the plate. This method allows for a great deal of control especially in reproducing artwork, but is expensive, and getting harder to find unless you're a major publisher. The type of offset lost readily available to a fanzine publisher is commonly called 'quickprint.' All those storefront printshops: PIP, Big Red Q, Kwik-Kopy, Sir Speedy etc., are collectively called 'quickprinters.' No negative is used in this type of printing. The offset plate is made photographically directly from your copy. Whatever you have on your master will reproduce as there is no negative stage when the image can be touched up or altered. That's why quickprinters ask you to bring in 'camera ready' copy.....

....The offset process can print only solid blocks of ink. We will assume you're using black ink on white paper. The printing plate is either inked in one spot or it isn't. So what comes out on the paper is either black ink, or no black ink, leaving white paper. All artwork for offset printing must be made up of areas of black and areas of white. The black areas can be very tiny, as in stippled drawings made up of thousand of small dots. Or the black area can be quite large, although heavy black areas tend to show through onto the back of the page, obscuring the type. Offset cannot reproduce anything composed of tones, or shades of gray, such as a photograph or a pencil drawing, unless it is first broken up into thousands of tiny black and white dots by a halftone screen. If you look at a newspaper photo, you'll see the dots quite clearly. They fool your eyes into thinking they're seeing shades of gray. All printed photographs are reproduced as dots, although sometimes the dots are so small you can't believe they re really there. The offset press knows, however. So, if you plan on reproducing photographs or illustrations done in pencil, charcoal, watercolor, or almost anything other than pen and ink, you'll need to have them made into half tones and this, of course, will cost you extra. </ref> 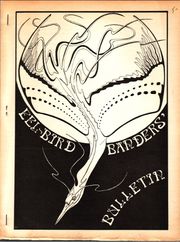