From Fanlore
(Redirected from Who You Know, What You Know and How You Know It)
Jump to: navigation, search 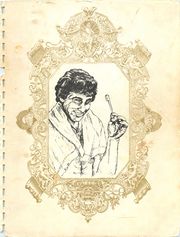 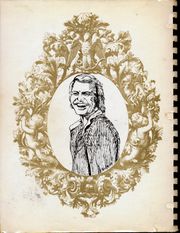 Who You Know, What You Know, & How You Know It... is a slash Starsky and Hutch 207-page fanzine. The front and back covers are by Ruth Kurz, borders by by Edmund V. Gillion, Jr. Other art is by Ruth Kurz, Debbie Milanian, Jean C., Broll, Marie A, Carol Davis, Maureen B., and Debbie Sontag.

The title comes from a scene from the episode, "The Game," in which Hutch bets his partner he can hide from him within the city limits for 24 hours without Starsky catching him, and Starsky replies that he knows his partner inside and out, and he'll take the bet because he knows, "...Who you know, what you know and how you know it!"

Its Submission Request and a First Use of the Virgule

The first place this zine is publicly mentioned is in an ad in Datazine #25. This ad is also the first use of the stand-alone virgule used for S/H outside of Starsky & Hutch fandom.

This is a Starsky and Hutch relationship zine. Some of the stories contain explicit sexual situations, and some don't, but buyers should be aware that the "/" relationship is present. Age Statement Contest -- We figure age statements are boring but figure we gotta have one. So, we invite you to make up your own. We will refund $2.00 to the person who submits the best age statement (it can be funny, touching, erotic, silly, pathetic, whatever). Even if you don't feel like being creative, we still must have a statement that you understand the explicit nature of the material, and that you are 18 years of age.

From the editorial page: "Once this zine is out of print we don't mind it being xeroxed for personal use or non-profit sharing, but it may not be copied in quantity and sold for profit."

"Who You Know, What You Know, & How You Know It. Back by popular demand for the first time since it was published in 1983. This is a collection of sometimes romantic, sometimes funny, sometimes explicit, but always S/H relationship stories. This official publisher's reprint is a xerox copy from the original master with plastic spiral binding. $20.00. which includes first class US postage: $25.00 (in US funds) for overseas orders. This material is sexually graphic, contains homosexuality, and requires an age statement." - from Late for Breakfast #31

one of the lovely title headers 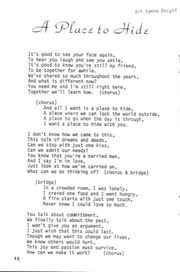 From the 1984 filk songbook, Down to Earth, a song inspired by "A Place to Hide" as it was published in Who You Know, What You Know and How You Know It 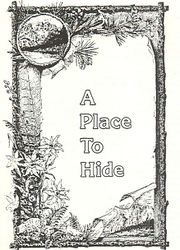 This zine has extensive art. Below is a sample.

See reactions and reviews for The Last Charade.

See reactions and reviews for The Other End of the Line.

[Rue with a Difference]: I think one of the best explanations for S&H's reactions in D. I.A.D.P. can be found in Terri and Chris' "Rue with a Difference" from the zine W.Y.K... It fits in perfectly with the episode, and is a believable story. My own thoughts are similar. Hutch was falling in love with his partner and had to come to terms with those feelings. He tried to use the situation and his complacency about Blaine's bi-sexuality to help him reveal his true feelings to Starsky. Meanwhile, Starsky was fighting an inner battle with himself. He hadn't yet come to terms with his own new feelings for Hutch and the whole business with Blaine only seemed to complicate things. Both were so wrapped up in their own reservations that they failed to recognise the signs of their changing relationship in each other. [1]

[zine]: (This is a "/" zine. It contains stories, poetry and artwork about two people who love each other and express it sexually. If you think it is offensive or in bad taste for people who love each other — regardless of race, creed, color, national origin or gender — to express that love physically, then please, do us all a favor -- don't buy it, don't read it, and don't bitch about it.)

WYK was much too long in arriving and I waited less than patiently for it to appear in my mailbox. After a difficult summer I was ready to be entertained by some new S/H. I was not disappointed.

The zine is attractive, clear and sharp with no extraneous white space and an abundance of good fiction and art work. I even like the press-type flowers and butterflies that decorated the interior pages. As a matter of fact, there was very little about this zine that I don't like.

"The Last Charade" by [Rosemary C]. I almost didn't read this story based on my opinion of [Ms. C]'s writing ability as demonstrated by her last effort, which appeared in Trace Elements. (I nearly always choose my reading material by author, reading my favorites first and then getting around to others if time permits.) However, Carol Davis' opening piece of art was intriguing enough to make me want to know what the writer had to say. I was pleasantly surprised. If there is an award for Most Improved Writer, it should go to [Ms. C], with special thanks to her editor—but then that's what editors are for. I felt she glazed over Andrew Brennan much too lightly —- I really wanted to know this guy better. Also, the year which passed between Hutch's relation ship with Andy and the time of DIADP and S&H first time was done more or less in "the after they got out of the pit" school of writing, which is less than satisfying to this reader. While the story is not perfect, it was so far above [Ms. C]'s last endeavor, that she deserves recognition, encouragement, and demands for more stories.

"Certainty Enough" by Kris Brown and Kathy New is probably the weakest story in the zine--and I think the fault lies with the editors. These writers are new to us (at least as far as I know) and new writers make mistakes. I was rather disappointed to see the fundamental mistakes of point of view and pacing trouble this story because the editors had demonstrated more skill in editing other stories. Nonetheless, it is good to see new talent in this fandom and I hope the next endeavor by this team is better.

"A Place to Hide" by Lynna Bright seems to be the favorite of everyone I've talked to, and while it's not mine, the story has many good qualities. The characters are believable, they have matured, faced problems and reality, and the fact that whatever forces exist in this world have decided that Starsky and Hutch belong to each other and nothing or no one can change that. It's a nice story, with a comfortable feel to it, and one that I will read again and again.

"I Can't Tell You Why" by Jean Dayton is a short piece from Vanessa's point of view and it is one of the few pieces in this fandom that deal favorably with the ex-Mrs. Hutchinson. This character has always fascinated me and I'm always interested in seeing how writers deal with her. I understand why Starsky hates her, I even understand Hutch's feelings for the lady, but I don't under stand why most of fandom hates her so strongly. It was nice to see a piece in which Vanessa was able to tell her side of the story.

"It's A Dog's Life" by Alexis Rogers. Having met the real Alf, I can't help but like this story.

"The Other End of the Line" by Pam Rose is my favorite in the zine. God knows that Pam refuses to write by any of the rules that writers have used successfully over the past however-many-centuries that people have been writing fiction, and the problems that creates for me as a reader bugs me no end. Her strong suit is characterization, and try as she might, she doesn't seem to be able to screw that up. Pete intrigued me from his first appearance in "Alternate" when it was first published in the Phone Booth Stories, and I was pleased to see his further adventures in WYK. The thing I like best about Pete is that he is true to himself up to the last word in the story. He's realistic, charming, conniving, and adorable. I couldn't help but love him.

The artwork in this zine was a treasure. [Jean C.], as always, is one of my favorites. But the added bonus of Maureen Burns and Carol Davis really made the zine special.

The age statement was a howl and I'm glad the editors chose to include it. I think this is a terrific idea and hope it continues in fandom.

All in all, I liked this zine, even though stories like "Reply" and "Rue With a Difference" had me reaching for a red pen. I enjoyed reading it the first time and I have enjoyed going back and rereading many of the selections. It's definitely a zine worth the price.[2]

[zine]: ...a very good zine that contains (among other great stories) "A Place to Hide" by Lynna Bright, a very excellent story about S&H becoming lovers about ten years after the series--and Starsky is married. It's an excellent story which has gone on with 3 sequels (one was published in a FIX and the other 2 were published separately also by April), but unfortunately she made it a little too close to the truth (Starsky not only has a wife named Lizbeth, but a little boy and a little girl) when she started writing the whole thing several years ago and now she's having a hard time writing an ending. There is light at the end of the tunnel, though, since there is a proposed zine of having several of the best writers in fandom writing their own endings to the stories. I, personally, can't wait.[3]