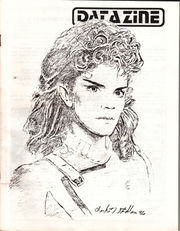 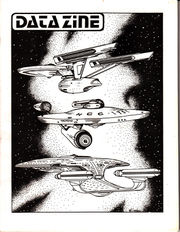 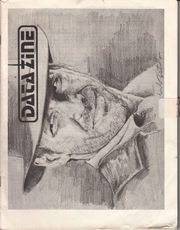 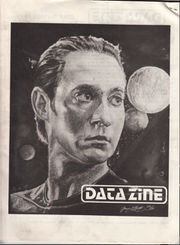 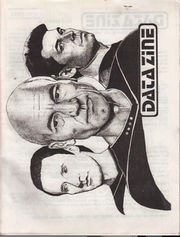 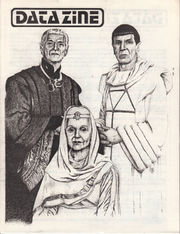 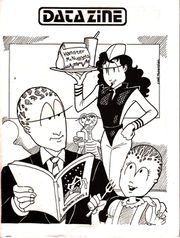 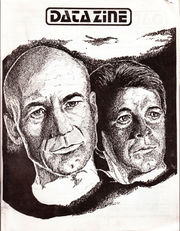 In the "Bits and Pieces" section a fan writes:

"...our home burned to the ground and I lost 10 years of ST fandom. All my zines, books, comics, toys, video tapes, etc. burned also. I lost so many classic Trek & SW zines. I also lost the addresses of old friends. I haven't done much in fandom lately as I've been busy with other things, but am finding out that I really miss it. I would like to try & replace as many zines as possible. I would appreciate hearing from anyone. Also, if there are fans out there who would be willing to sell or xerox zines for me at reasonable prices, I'd like to hear from you. Our insurance is pretty good, thank God, but with all the things we have to replace, I can't put a lot into ST. Luckily the fire started while we were all at work or school, so neither my husband or I or our two children were hurt. Our family cat died, however. The fire could have been so much worse, if it had started at night. I would really appreciate hearing from anyone. Live long & prosper." 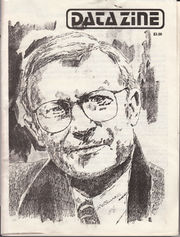 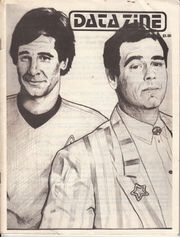 Datazine 61 was published in November/December 1990. 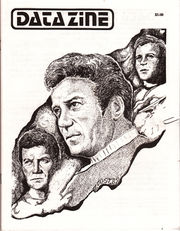 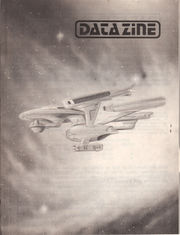 NOTE: This may have been the last issue. The Monthly notes in its September 1991 issue that it heard that Datazine had ceased publication, and in the October 1991 issue, confirmed its demise.