Faery Tale is a het Beauty and the Beast digest-sized anthology with covers by Frank V. Liltz.

Reactions and Reviews: Issue 1 and Issue 2

Excellent covers-portraits of Vincent and then V/C-by Frank Liltz. Despite small page count, each page is virtually double-sized- photocopied/reduced from two packed, single-spaced pages-so there's actually much good reading here if your eyes hold up. Good to great short stories spinning off 1st season. Many stories are actually “glimpses,” fragments; but all are readable and well edited. The poetry is also good. A story divided between the two volumes, “Wild Thing” by J. L. Hardin, describes an abused, female “creature-like-Vincent” seeking refuge in the tunnels, and what comes of it. In the second volume there's also an early story, “Arrival or variations on a theme,” by Lisa Swope and fiction and poetry by Kay Simon. FT 1-2 sold together for one price.[1]

Faery Tale 1 was published in 1988 and contains 64 pages. It contains no art. 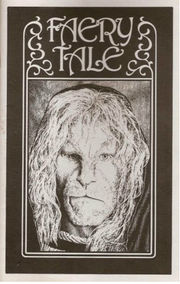 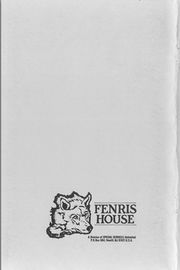 This zine was published right after the first season and contains only stories developed from those themes. The stories are very well-written and contain a nice mix of action, romance and hurt-comfort, with a particularly good feeling for the characters. One rather curious story has Catherine arranging for Vincent to attend a performance of 'Phantom of the Opera,' but through a series of unlikely events, he ends up on stage rather than in the audience. Readers should note that in the last story, we learn Catherine has died in a plane crash (terrorist bomb).[2] 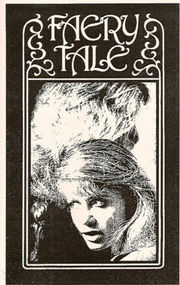 inside pages from issue #2

This zine is much like the first volume with the writers keeping the characters very close to what we were given on the TV screen, and many of the stories follow directly from an episode. There is one [infant Vincent] story that makes some telling points about Paracelsus and his exile from the Tunnels. It should be pointed out that the last story is a series of diary entries made by Catherine after she married Elliot to save Vincent and the Tunnels. (She never saw Vincent again.) The entries cover nearly 50 years and are very tragic and sad.[3]

'Faery tale II' has hit its stride. The stories were complex and well writtenmand the characterizations were close. It's amazing what the links with the literary world do for this show with the "Phantoms," a Scrooge offering transplanted to New York with the great line 'Let's give him the Dickens'. A story of waltzing and purring was nice, but why stop there? Karen Bates' diary of Catherine's marriage with Elliot Burch (perish the thought!) was beautifully written. Intense and grim. We could see this happening should the Brotherhood in LA keep them apart too long ... rip our hearts out again? "Wild Thing", while adequately written, exposed bestial characteristics in Vincent which I believe many would rather have not surface. Also. the idea of another like Vincent removes some of his uniqueness. his special qualities. A missing scene from the "Alchemist" episode, a short tragic story continuing the 'Lucy' character from "No Way Down". a poetic "vignette" (forgive me) detailing the missing "Grieg in the Park" scene from Happy Life", and other poetry round out the selections. Both the stories and poetry vary in their quality, but there are some good moments. I would recommend this compilation as entertaining. My heart-strings were tugged hard enough to be pleasantly haunted by at least a couple of selections, the review method used as the "goose bump" criteria by another B&TB person: if it gives goose bumps, it's good.[4] 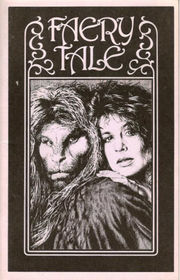 As with the previous volumes, this zine concentrates on Classic stories with close attention paid to the characters and stories told in the broadcast episodes. There are also two curious stories that crossover with V. Great cover by Frank Liltz.[5]

In this third volume, Vicki Burke's story is worth noting.[6]

At some point, the first two issues were combined and sold as a single volume.