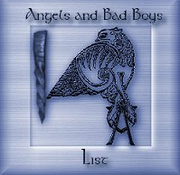 These canon tattoos are often incorporated into fanworks:

As a Symbol of Transformation