Bev Clark first became active as a fan writer and poet in Star Trek fandom, and later edited one of the first Star Wars zines, Skywalker. 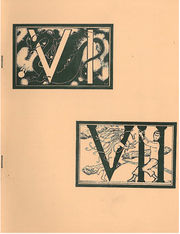 She was a Star Wars fan writer, a Fan Quality Award winning editor, and also wrote articles for Bantha Tracks, the newsletter of the official Star Wars fan club. Bev was also an original member of First Terran Enclave.

Bev was also a fan artist.

Some of her fiction is at 1001 Trek Tales (Star Trek: TOS archive).

Beverly got into fandom in April 1973. She met Amy Falkowitz in lit class, found out about and attended 1st Equicon, picked up Babel, from there got Kraith, and wrote her first LoC to Jacqueline Lichtenberg, and went on to buying fanzines. She belongs to LNAF, S.T.A.R., The Mythopoeic Society, Apanage (children's lit/general SF fandom apa), and is a former Anachronist. She has had poetry published in Kraith IV... She likes writing LoCs (especially Halkan Council), gofering at cons, poetry in zines, is on the Equicon '77 committee. [1]

Bev Clark passed away in 2007.[2] Her friend Maggie Nowakowska wrote of her passing:

She was a blessing in my life. We met 30 years ago this month, through the mail. I had published some Star Trek fanlit in Linda Deneroff's zine, Guardian, and in Amy Falkowitz's zine, The Other Side of Paradise, but when the movie Star Wars came out, I jumped into the joy of that universe and started writing my ideas of how that universe might/could actually work as a real place... The story I sent Bev was 96 manuscript pages. Once she got over her shock, she accepted it and we were off on a 5-year editor/author relationship, and 30 years of friendship. [3]

In her memory, in 2009, Maggie wrote the following memorial for Fanlore:

Bev remembered her first science fiction book as 'really bad' but it had 'a sense of wonder.' From 4th grade onwards, she was hooked on classic SF including Robert Heinlein. Through the Mythopoeia Society and Mythcon she discovered fantasy and through SF conventions, even wider worlds of science fiction.

The television show 'Star Trek,' first broadcast in 1966, captured her lively imagination and she became an involved fan in 1973 when she attended Equicon, a Los Angeles Star Trek and Media convention. As time went on, her primary interest became 'Star Trek.' She worked at the conventions, wrote poetry, fiction and letters of comment to fanzines (amateur printed publications based in media creations), and maintained a voluminous correspondence with many fans for the years.

In 1977, Bev saw 'Star Wars' and her allegiance changed. In 1977, she created the seminal Star Wars fanzine, 'Skywalker,' which was highly influential in the early fandom that blossomed from the film. Bev set high standards for 'Skywalker,' expecting rewrites, writing extensive comments on submissions and looking for artwork that captured the mythic feeling of the movie, not just portraits or 'floating heads.' As a result, 'Skywalker' attracted the best writers and artists in that fandom, including one professional under a pseudonym.

Her memories included Star Wars producer Gary Kurtz taking 'Skywalker' to 20th Century Fox to help explain what fanzines and fandom was at a time when Fox knew little about them. She also remembered the first Lucasfilm liaison Craig Miller calling her asking to reprint an article by Nikki White on Star Wars and Japanese film in the Star Wars newsletter "Bantha Tracks" because she (White) 'got it right.'

In the mid-1980s, Bev's increasingly busy work as a corporate editor and writer crowded out her fannish interests. She handed over the last issue of 'Skywalker' to a friend, Barbara Green Deer. After Lucasfilm weeded
the fanzine collection, Clark discovered that 'Skywalker' was the one that it had trouble keeping in stock. Her other correspondents included fans of the 1980s show "Remington Steele" and the show "Lois and Clark." Bev once said she 'never lost my love for 'Star Trek' and 'Star Wars' or my fondness for media fandom and the community of fans that was so important ... for more than ten years."