Laurie Huff is a zine editor, writer, filker, and artist. She won a 1981 TrekStar Award for best editor. 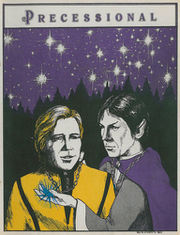 Precessional was a very influential zine. From Boldly Writing: "This was one of the 'The Enterpriseis a distraction to the real story of Star Trek, which is, of course, about Kirk and Spock and their friendship' stories. The ship plunges into the atmosphere of a planet (with everyone else aboard) early in the story, leaving Kirk and Spock stranded. The remaining narrative resembles a character study more than a science fiction tale. The high popularity of the story illustrated the rapidly diminishing influence of science fiction among Star Trek fanzine readers and writers"

Zines Laurie's had a hand in 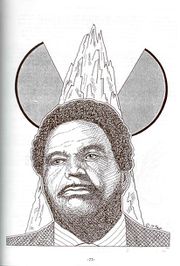