In The Empire Strikes Back when Luke Skywalker discontinues his training and leaves Dagobah to confront Darth Vader, Obi-Wan Kenobi says to Yoda, "That boy is our last hope." Yoda responds, "No, there is another." 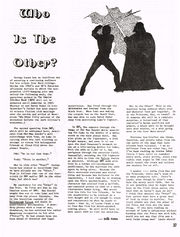 Return of the Jedi revealed that Yoda was referring to Princess Leia, but in the three years between the films, there was much fannish speculation and debate. 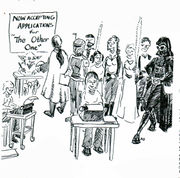 1981 cartoon in Jundland Wastes #1: Now accepting applications for 'The Other One'

Who this "other" was became the subject of intense fan speculation.

As for the 'other' my personal favorites are Leia and Vader, about equally. He on his known Force-ability and she on many of the possibilities Anne Zeek cites, as well as the interestingly prevalent fan theory that she and Luke could be half-siblings. I'd rate Han fairly low on my list, mostly because his role is already so given and well-defined, he is the sidekick, the knight in none-too-shining armor to Luke's heir apparent role. I find it conceivable that chapters IV, V, and VI could end with Luke killed and Han, in some swashbuckling gesture, saving the day, but I can't see him as replacing Luke may be part of a hopeful situation, but not "the" hope. [1]

Anne Elizabeth Zeek wrote a much-commented on article in Jundland Wastes which investigates the subject:

With these simple words, Yoda provided three year's worth of speculation and pleasure for SWARS fen... Part one of this article has already looked the possibility that 'the other' is one of the following: a new character, Wedge Antilles, Darth Vader, Boba Fett, Lando Calrissian or the droids (singly or as a pair). Part Two will explore the possibility that 'the other' is Chewbacca, Leia Organa or Han Solo.

For more see, Button, Button, Who's Got the Button?. Another article is by Mary Jean Holmes in Shadowstar #1: "Shady Thoughts, an editorial column, "Who is the Other? Theories I've Encountered." 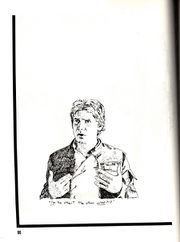 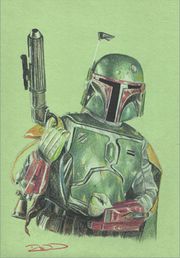 One of the Droids?

Please, Let it Be a Woman

Some fans simply wanted "The Other" to be a female.

After The Reveal: Pretty Much a Let-Down