You may be looking for Mos Eisley Chronicle.

Mos Eisley Tribune is a Star Wars anthology. It ran for three issues and then became Echo Seven. The zine is named after Mos Eisley, a town on the planet Tatooine. Obi-Wan Kenobi calls it a, "wretched hive of scum and villainy." The cantina where Luke and Obi-Wan encounter Han Solo for the first time is located in Mos Eisley.

The Plan for More Issues

In 1980, Nikki White writes of a story she'd written that was to appear in issue #5:

I  feel fan stories should try to develop  and be something other than carbon  copies of the SW film in the SW film  format. To make the characters inter esting to read about, they must be  given depth, and layers to their  personalities, given backgrounds and  complexities. I have tried to do this  in my own series about Darth Vader  (and to a lesser extent, Han Solo),  one story of which will appear in Mos Eisley Tribune #5 and the rest in Multiverse. [1]

In 1983, a fan, Darla Doxstater, writes a personal statement saying that editor, Sidwell, had sent her a letter in April 1983 agreeing to let her take over the zine, but that she had heard no further communication nor had received the materials to do so. It is to be assumed, then, that something was worked out as an ad in Datazine #28 states that: "Formally Mos Eisley Tribune, Echo Seven encorporates the long awaited 'Mos Eisley Tribue 4,' and a few other things." [2] 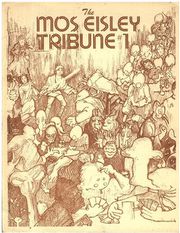 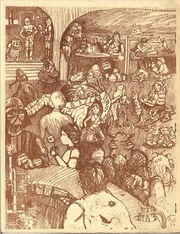 back cover of issue #1, Teanna Byerts

Mos Eisley Tribune 1 was published in October 1978 and contains 88 pages. The front and back covers are by Teanna Byerts.

With the duo of Mos Eisley Tribune and Falcon's Flight, Tennessee seems to be developing quite a stronghold of SW fans. Mos Eisley Tribune, or MET as the editors refer to it, is quite a good first issue. Leading off the fiction in the  zine is a story by the editor titled "Surprise Attack," which has a very good introspective scene with Luke and Leia. It  makes sense that Luke may have had problems adjusting to things after things had all calmed down. After all, the kid did  go through a lot in a very short time. Janice explores his situation quite well. Later in the story there is a reunion between Han, Chewie and Luke,and Leia is called to the council chamber only to discover Darth Vader there with a comple ment of Stormtroopers, which is where the story ends, presumably to be completed later. As part one of a continuing story,  it doesn't have enough to keep the reader inticed. Janice should have given us some idea of how Vader takes the entire  council hostage while the rest of the base seems totally unaware of it. She may tie that all together in the next segment  but should have more connecting strings in the first installment. "Don't Believe It For a Minute," by Susan Matthews,  can't be described without giving away the whole point of the story. Suffice it to say, that in the evolution of SW fan- fic, that this is a story that to be written. The next two pieces, both by the editor, "Special Delivery," and "Mission: Power Failure" both involve missions for the rebellion. In the first, Han risks his life to deliver a consignment of weapons, without the expected results he hoped for. The second story, also part one of a continuing piece, is tighter and more coherent than Janice's other sequel story. Here Han and Luke are chosen to sabotage an Imperial planet, and render its defenses useless so that the rebels can attack safely on a nearby planet. The plot suffers from the fact that the heroes only have to disable one electronic component to disable the defenses of an entire planet. It's too convenient to be credible. The rest of the plot, action and characters move alonq fairly well however. There are some small features in the zine, such as a SW quiz, a list of other SW zines and clubs, and a discussion of some of the professionally marketed SW items. Teanna Byerts has two delightful sets of cartoon/illos: "Visit Beautiful Tatooine," and "Millennium Spacelines." Teanna also has a number of fine illustrations to various stories throughout the zine, including the front and back covers. The graphics of MET are clean and legible, and the print is thankfully not painfully small, not that I should talk of such things. Issue "2 of Mos Eisley Tribune will cost $4.50, and since it doesn't say otherwise, I assume that includes postage. You can probably look forward to seeing more features in MET. The "Sneak Preview" from issue 1 promises the continuation of the sequels and a new section or two. [3] 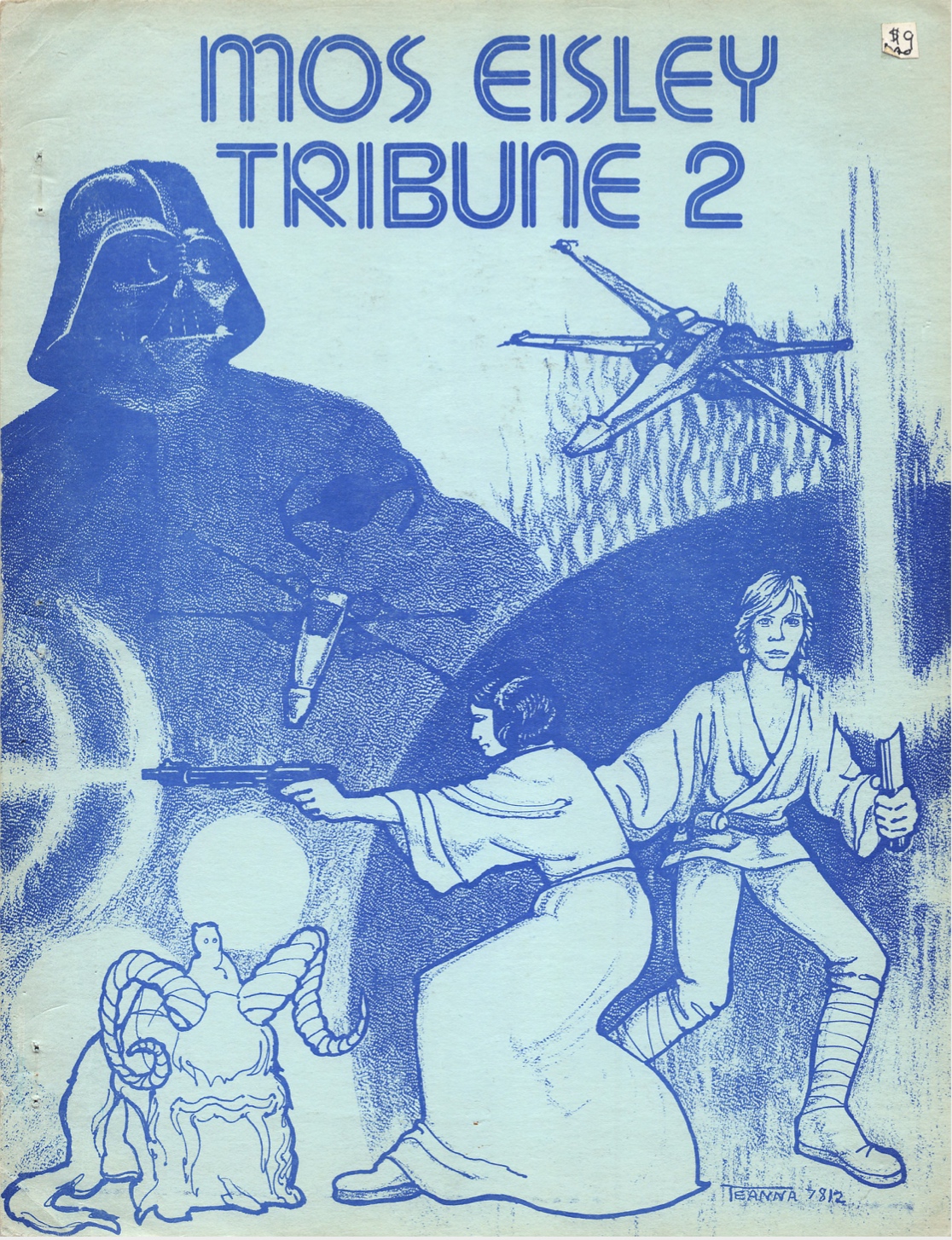 The first thing you notice is the fantastic cover. Eye-catching, technically expertise... The fiction is competent, but somehow not as 'exciting' as some others I've read. The zine is well-laid out, easy to read, and a visual delight. I can't praise Teanna's artwork enough. [4] 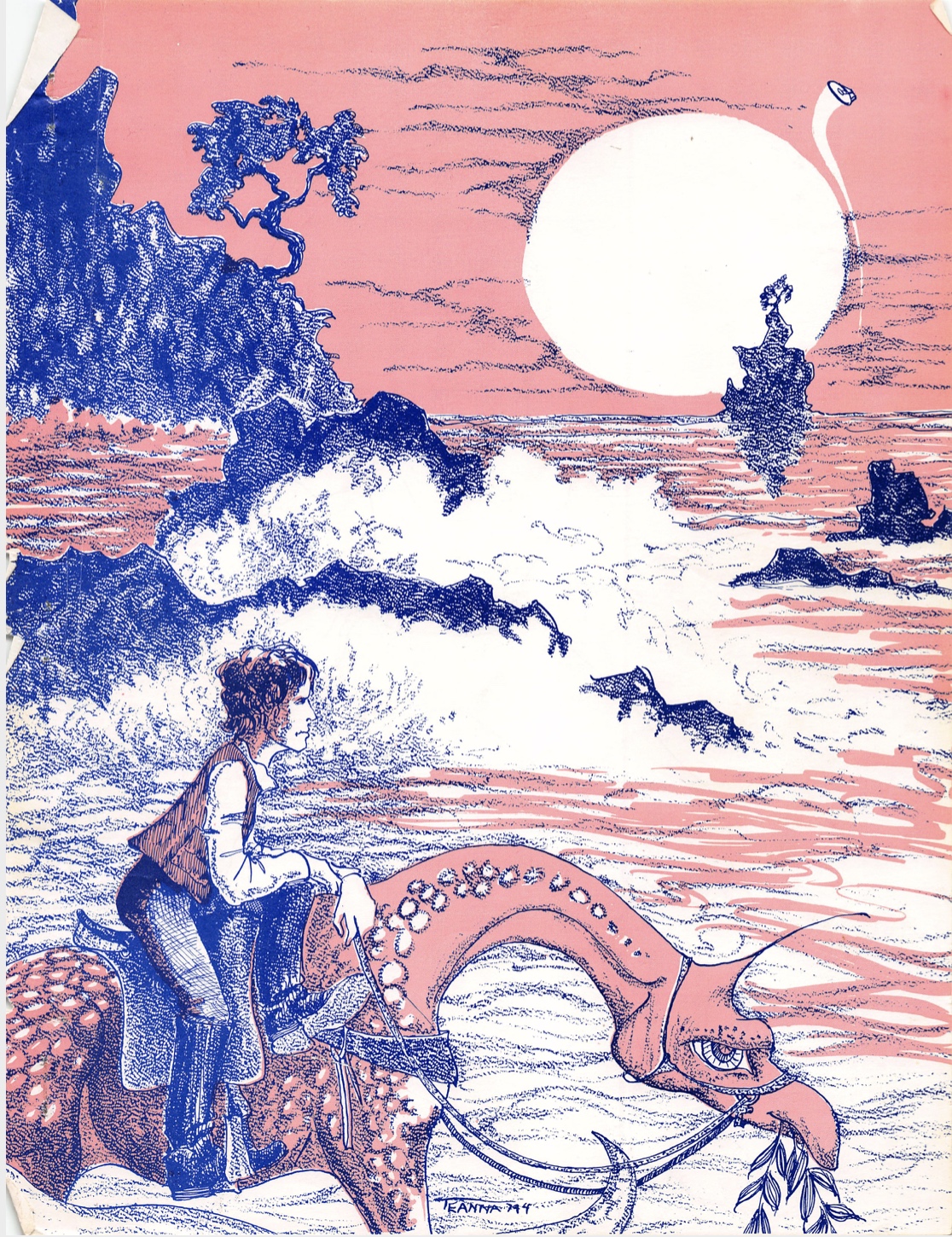 Mos Eisley Tribune 3 was published in May 1979 and contains 164 pages. It has a color cover and color centerfold. 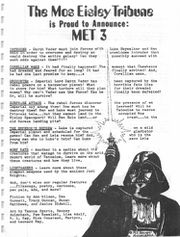 Issue 4 (was not published)

Some of the content of this proposed issue was to have been included in Echo Seven when "Mos Eisley Tribune #4" did not become a reality. [6]

flyer printed in Pastaklan Vesla #6, click to enlarge
From an ad in "proposed zines" in Jundland Wastes #1 (1981):

Includes 'The Kessel Run' -- Han Solo ferries Leia to a diplomatic meeting, but insists on stopping by Kessel on the way; 'The Return' -- even after the Rebellion, Han finds himself on the wrong side of the law; 'The Girl Back Home' -- how can Luke let a marriage-minded girl down without hurting her? It also contains an interview with David Prowse. Also, fiction by Nikki White, Ann Wilson, Dee Gurnett, Candace Wiggins, Susan Matthews, J.J. Adamson, Maggie Nowakowask and more. Art by Adamson, Gilroy, Aulenback, Gallachi, Munson, Martyann, Lisa Adolf and more. Over 300 pages.

Mos Eisley Tribune #4 is due out now. Contains interview with Dave Prowse as well as something for everyone. Stories and artwork by some of the best talents in fandom. About 150 pages.